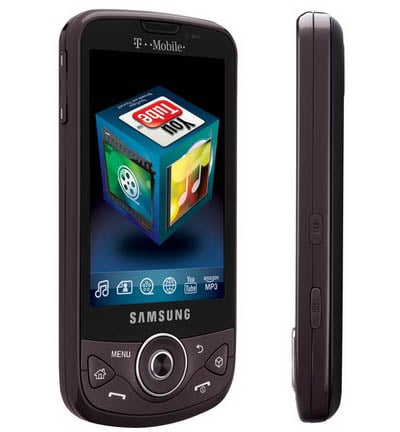 The T-Mobile Samsung Behold II might be all about having a high-quality camera and impressive AMOLED display, but it sadly will have nothing to do with Android 2.2 “Froyo” OS, or even Android 2.1 OS, for that matter. The Behold II will end its journey along the Google-brick road with its upcoming update to Android 1.6 OS, and the latest word on the street has that long-awaited update scheduled for June 28th. That should be bittersweet news to Behold II users out there clamoring for more updates for their smartphone of choice.

According to Phandroid, an anonymous source has tipped them to the upcoming update coming later this month. We have no official word on when Samsung and T-Mobile will flip the switch on the Android 1.6 update for the Behold 2, but the tipster claims that June 28 is the date to look for. The update should bring with it the Swype keyboard and Google Maps Navigation. Now, before we go any further, you should definitely be filing this bit of info away in the “rumors” part of your brain.

The Behold II was the first Samsung Android phone in T-Mobile USA’s lineup. It sports a 3.2-inch AMOLED display (320 x 480), 5-megapixel camera, 3G data, WiFi, GPS, microSD card slot and a 3.5mm headphone jack. As it stands, the handset is powered by the Android 1.5 OS. The phone does have its upsides, but it comes skinned with a custom UI that many have complained of being awkward in real-world use. Having to deal with the more limited 1.5 OS isn’t helping matters, either.

So, if this rumor pans out, Behold 2 owners could be surprised with an OS update in less than a few weeks from now. Are you waiting for your 1.6 update? Chime in below!

Apple is reaching out to developers by releasing the iTunes Connect Mobile app, which provides detailed statistics about the performance...