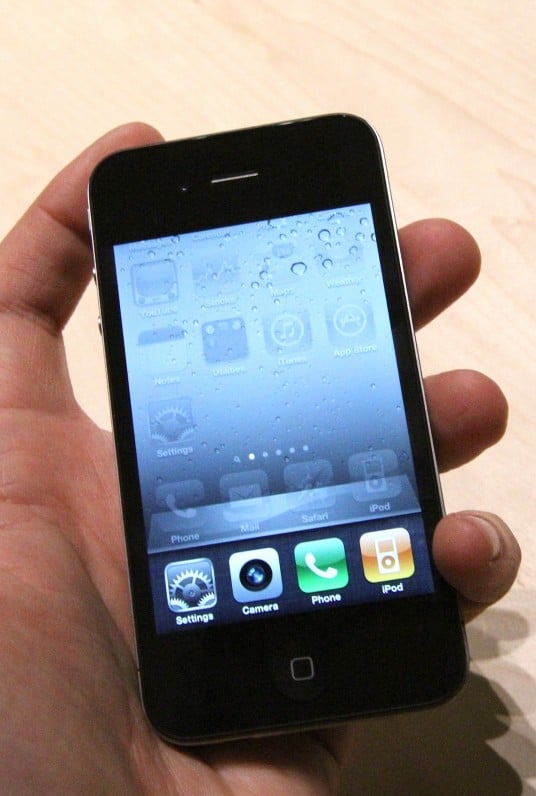 If you’re excited about the upcoming Apple iPhone 4, you’ll be happy to know that we’ve received AT&T’s pre-order guide. Remember folks, pre-orders start tomorrow and the device will launch June 24.

There’s nothing too crazy about the guidelines except you’ll only be able to buy one handset per person – this applies for new and upgrading customers, and AT&T will only allow one per household. That kind of sucks if you wanted to buy multiple handsets for the family but I’m sure this is done to try and help Apple keep up with demand (I’m expecting at least one million units will be sold launch weekend).

The good news is that AT&T is encouraging users to ship the device to their house or place of business where you can activate it without the carrier’s help. Sure, if you’re crazy phone nuts like us, you’ll probably still wait in line, but you sane folks out there can pre-order from the AT&T stores or through the carrier’s website or through Apple’s website.

As always, a pick up date depends on when you pre-order and on our available inventory. That said, this year we’re encouraging customers to have devices shipped directly to their home or business – the fastest and most convenient delivery option. Customers can also opt to pick up their preorder at an AT&T store. Customers performing an exchange for iPhone 4 must have their device shipped to an AT&T store.

What’s all the big fuss about the iPhone 4? Well, the handset has a redesigned exterior, a boosted processor and camera and the new Retina display could set the standard for smartphone screens moving forward. When you combine this with the new features in iOS 4, Apple’s next smartphone is shaping up to be a compelling device. You don’t have to take my word for it, as you can check out the hands-on video after the jump and determine for yourself.

[Update]
We know that you’ll be able to buy the iPhone 4 on launch day at Best Buy, Radio Shack and Wal-mart but we’re seeing conflicting reports on whether you’ll be able to start pre-ordering from these locations tomorrow. Best Buy previously said it would offer pre-orders tomorrow but reports said it may be a no go. We’ve called multiple local stores and these retailers said they are doing pre-orders tomorrow. Engadget is also saying that Apple may be blocking third-party retailers from pre-orders so your best bet would be to go through Apple or AT&T until everything is settled.