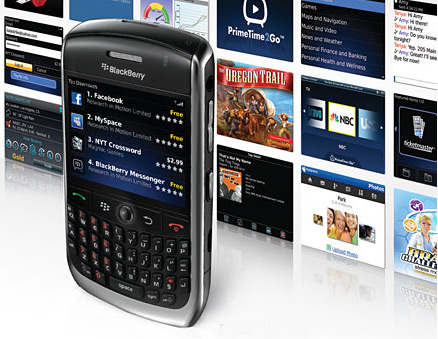 BlackBerry’s official software portal, App World, is getting a big update to include carrier billing, as announced in November. That means when you buy an app, instead of having to go through PayPal, the charge will just be tacked on to your regular wireless bill. There’s also a new option to use credit card billing, which would have been great to have when BlackBerry App World launched last spring.

There are some small usability changes to the My World and Search sections, but most importantly, RIM is embracing 2D QR codes so developers can share their apps easily. The Android Market has been using these regularly in order to allow folks to launch app downloads simply by pointing their phone’s camera at a custom barcode and scanning it. RIM has already been toying with QR codes in BlackBerry Messenger for adding friends, and this update is a significant expansion of the utility. The biggest problem right now is that you have to go in to BBM to launch the scan, and BlackBerry App World will likely be the same; it would be much easier if there was an option within the native camera app to go into a QR scan mode that could detect either BBM, App World or other QR codes.

Another interesting new feature is BlackBerry ID, which presumably will tie in with My World. My World currently associates your downloads with your PayPal account, allowing you to transfer your apps between devices, but with new payment methods in the mix, that system obviously needs a rethink. Combined with a tie-in with BlackBerry Messenger (which currently associates with e-mail addresses for remote back-up and restoring when switching devices), BlackBerry ID sounds like it could in time encompass many different facets of the device and effectively replace the PIN system RIM is using right now, or at least provide something a little more user-friendly.

There’s an event tonight in New York where all of these features will likely be showcased, and we’ll have some of our boys down there taking pictures and video. No word on when the new features will be available, but we presume it’ll be soon.