Verizon Wireless, which arguably has the best network in the United States, doesn’t use GSM technology. Unlike 80% of the 1+ billion people using mobile phones, Verizon went with CDMA. Why? Part of it has to do with legacy. CDMA was invented in America after all, and why bother with making America’s networks compatible with those of Europe? The population of the USA is roughly 300 million right now, while the EU is about 500 million.

Politics aside, it’s beyond my technical knowledge to list the advantages and disadvantages of either of those two technologies. The only thing I know about GSM is that my mobile phone will work most anywhere in the world, just like any website coded in HTML will work in any browser. 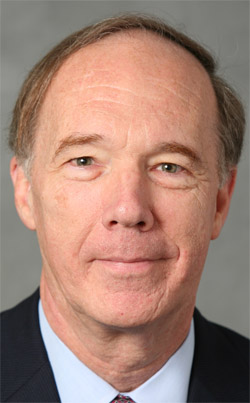 With that back story, you can now understand the irony of today’s news. Dick Lynch, Executive Vice President and Chief Technology Officer of Verizon now sits on the Board of the GSMA. The folks who invented the standard that Verizon chose not to accept until very recently, have invited Dick to join their crew. Once Verizon launches their LTE network they’re going to be the blueprint for all other operators. Sweden and Norway may have beat them to the punch, and they’ll probably have faster networks too, but Verizon is going to cover America from sea to shining sea with coverage of one of the world’s newest wireless technologies.