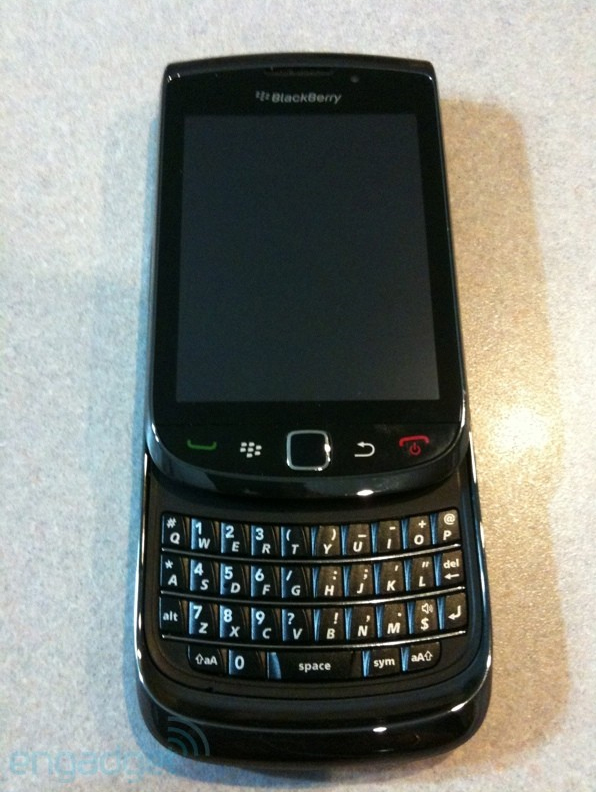 As if you haven’t seen enough of the BlackBerry 9800 already, another set of pictures have bubbled up, giving us the whole tour. As you might already know, the 9800 is packing OS 6, a 5 megapixel camera with flash, 4 GB of on-board storage, 512 MB of RAM, an HVGA touchscreen, Wi-Fi b/g/n, 3G on world roaming bands, GPS, and a slider form factor we have yet to see in any RIM product so far. We’ve already seen the AT&T boot screen, and are estimating a September launch if it doesn’t end up happening this month.

The pictures of the software run through a lot of the visual and usability upgrades we’ve already seen, like larger icons next to items,  What do we see that’s actually new? The software version number listed is 0.9, with no Platform info. That’s probably some prerelease stuff we won’t see in the final version, like the bug reporting tool. The battery is 1270 mAh, a considerable step down to the 1500 mAh that was included in the Bold 9000 and its relatives. Remember that talk about RIM collecting anonymous GPS data for developers? There’s a screenshot of the location settings that reads “Anonymously collects data to improve the speed and accuracy of future location services”, and as you would have guessed, it looks like it was enabled by default. There’s a new option to view screen components, which I presume will allow theme developers to do on-device work a little more easily.

That’s all I could really spot, but feel free to peruse the rest of the gallery at the via link.

Sprint HTC EVO 4G getting an OTA update next week?

The Sprint HTC EVO 4G has a nice little pile of issues hanging around it right now, but really, what...