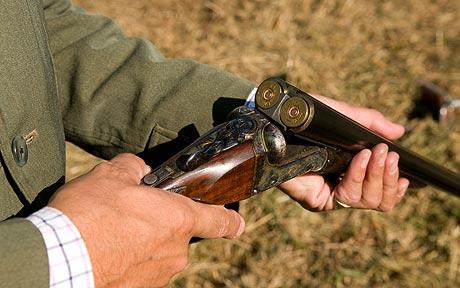 I can’t count the number of times I’ve said (wrote) “now we have an app for everything.” This is one more such occasion as we have Sussex Police (UK) saying they are working on a series of apps that would allow members of the public to access news, appeals and other services at the touch of a button. The most interesting mobile application (for the iPhone apparently) would be the one that would allow people to renew shotgun and firearm licences from the comfort of their shiny device, while on the go.

However, the applicant would still be visited by officers in person to assess their suitability for a licence renewal.

Apparently, such a move is a part of the 3 million GBP cost-cutting drive, and that’s something people don’t like, especially after recent shootings in Cumbria. Gun control campaigners even accused police of putting money before lives and urged the force to abandon the scheme. They [campaigners] have demanded stringent and regular mental health checks on all shotgun and firearm licence holders following the shootings.

Twitter for iPhone gets updated to support multitasking and retina display

Twitter's official iPhone application, made possible due to the acquisition of Atebits back in April of this year, has been...