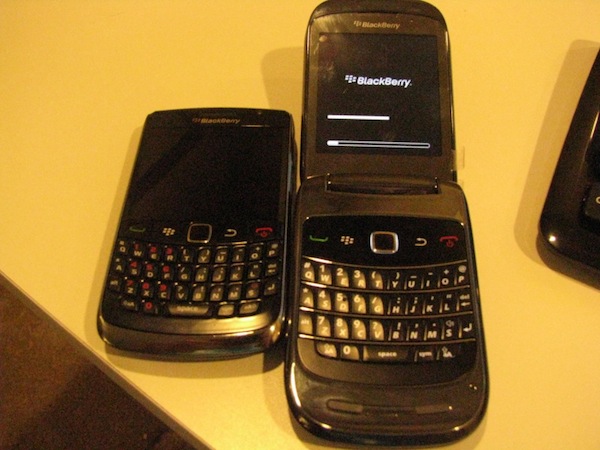 U.S. Cellular has just outlined their plans for device launches for the rest of the year, among them the Samsung Acclaim, HTC Desire, and a few more mysterious ones. For Android, there’s “another highly-anticipated Samsung device and an LG device with a large touch screen and slide-out, ergonomically-designed QWERTY keyboard” (maybe the Galaxy S and the Ally?) due in October. On the lower end, U.S. Cellular will have a “QWERTY Motorola device with a unique square shape” (definitely the Flipout), “new touch screen devices like the LG Banter Touch featuring a 3-inch touch display and slide-out QWERTY keyboard” (sounds new), and a “side-sliding QWERTY device from Samsung” (possibly the Restore).

Although that’s all awfully forthcoming about their roadmap, the one device that really stuck out for me was “a BlackBerry flip smartphone with a full QWERTY keyboard”, clearly the BlackBerry 9670 clamshell. From what we’ve been able to gather so far, the 9670 will be running OS 6, have 512 MB of RAM, 4 GB of on-board storage, Wi-Fi b/g/n, and pack a 5 megapixel camera with flash. This is the first time the BlackBerry clamshell has received an official nod from any carrier, but it’s probably safe to assume the 9670 will find its way onto Verizon as well. U.S. Cellular has also been pretty open about offering the BlackBerry Bold 9650 in early August, if you’re looking for something more traditional.