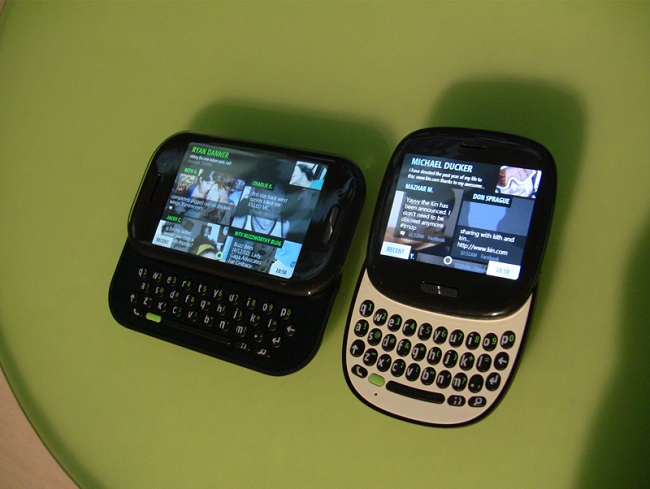 If you’re dying to get your social networking on the go, you’ll be happy to know that Verizon Wireless is dropping the price of the Microsoft Kin phones. I still don’t think this will be enough to make these handsets a success, though.

The turtle-like Kin One will now cost $29, down from about $50 and the Kin Two will be cut in half to $50. Of course, these are after a new, two-year contract with a data plan (more on that later).

The Kin devices are in an interesting spot because it’s targeting young social-networking fans who don’t want all the technological capabilities of a full-fledged smartphone. I don’t know how big of a market that is, really but the costs of the data plans further hinder its success.

To buy these phones you have to commit to two years of a $30 per month data plan. That’s the same monthly cost as data for a Droid Incredible or for the upcoming Droid X.

The Kin phones are neat – especially the ability to automatically upload all your photos and videos – but you quickly run into barriers, especially compared to true smartphones. For instance, you can’t download apps at all. That means no games, or separate Twitter clients or anything.

These Microsoft devices are supposed to be getting a software update over the summer that will add new functionality like YouTube access and better social-networking control but I don’t think it’s enough.

It’s especially tough to recommend these phones because Microsoft has Windows Phone 7 coming out in just a few months. This full smartphone platform will be on some killer handsets (I can’t wait for the Dell Lightning) and it will have a longer lifespan than the social-networking handsets.

On the bright side, the positive aspects of the Kin should find its way to Windows Phone 7.

Any Kin owners out there? What do you think?

Microsoft Kin phones to get upgrade in mid-summer

If you're one of the few owners of the Microsoft Kin phones, you'll be happy to know that a software...