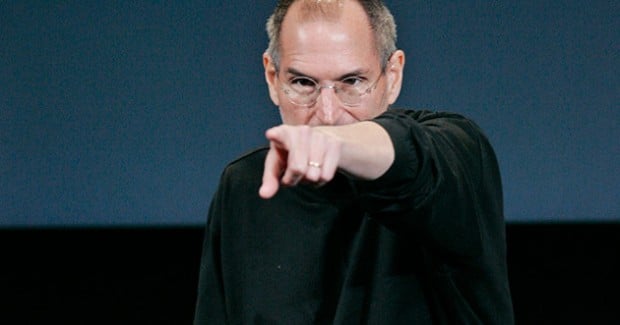 Can we possibly squeeze any more drama out of the Apple iPhone 4? First it was the Gizmodo leaks and the legal problems that came along with it, then the antenna and reception issue, now we have allegedly false e-mail exchanges circulating the web intended to reaffirm our perception of Steve Jobs’ arrogance and curt public interaction. The iPhone 4 has been available to the public for a week now, but the drama never seems to cease.

This morning, an e-mail exchange was posted on Boy Genius Report between an iPhone user identified as “Tom” and Steve Jobs. In the e-mail exchange, the angry iPhone user went off on an anti-iPhone tirade and made threats to leave AT&T and abandon his iPhone for the Android platform. Anyone reading general customer responses on the web could sympathize with Tom, and thus make the tone and phrasing of his e-mail very believable. Even the alleged responses coming from Steve Jobs were believable as his terse responses have become famous for aggravating customers and loyal users. However, according to Apple PR, it wasn’t real.

Fortune reports that Apple “empathetically” denied Steve Jobs’ role in the exchange. Additionally, AppleInsider reports that a similar mail thread was offered to them for an undisclosed sum, leading others to believe that this particular bit of news was paid for.

Before we write this one off and call it case closed, there is still a small chance that the actual conversation took place as reported by BGR. After all, the best an Apple spokesperson could do was to deny the exchange in an effort to keep public relations as best as they can be after this iPhone 4 debacle. The standard issue response of “we can neither confirm nor deny” would only fuel or confirm public suspicion.

Whether this was fake or not, the important takeaway here is that some users are genuinely frustrated with their iPhone 4 experiences and they feel jilted by Steve Jobs, who hasn’t helped the situation at all with his brief, unsatisfying responses. At this point, Jobs and Apple are really beginning to test our patience by simply telling us to “stay tuned.”

If you have your hands on that shiny, new Apple iPhone 4 and want to use your mobile service on...