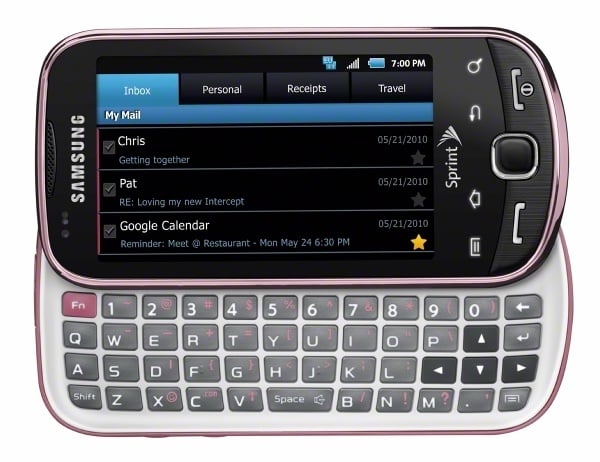 Falling in line with rumours of a July 11 launch, Sprint has confirmed that they’ll be selling the Samsung Intercept on July 11. The Android 2.1 device is a nearly-indistinguishable successor to the Moment, which also had a 3.2 megapixel camera, 3G, Wi-Fi, GPS, slide-out QWERTY keyboard, and a 3.2″ touchscreen, though it’s possible that the Intercept upgrades from 320 x 480 to a 800 x 480 resolution.

For $99 on a two year contract, I guess you can’t ask for much, but this still seems like such a marginal upgrade from the Moment that maybe both Samsung and Sprint didn’t need to bother.  If the screen resolution was in fact increased, then super, but even that much wasn’t mentioned explicitly in the press release, which alone makes me think it’s the same.

Still, if you’d like to take a closer look at the Samsung Intercept, one lucky customer got one early from Best Buy, and shared his early impressions on video.

Google has revamped its YouTube Mobile site and it features a good dose of HTML5. Google said the new version...