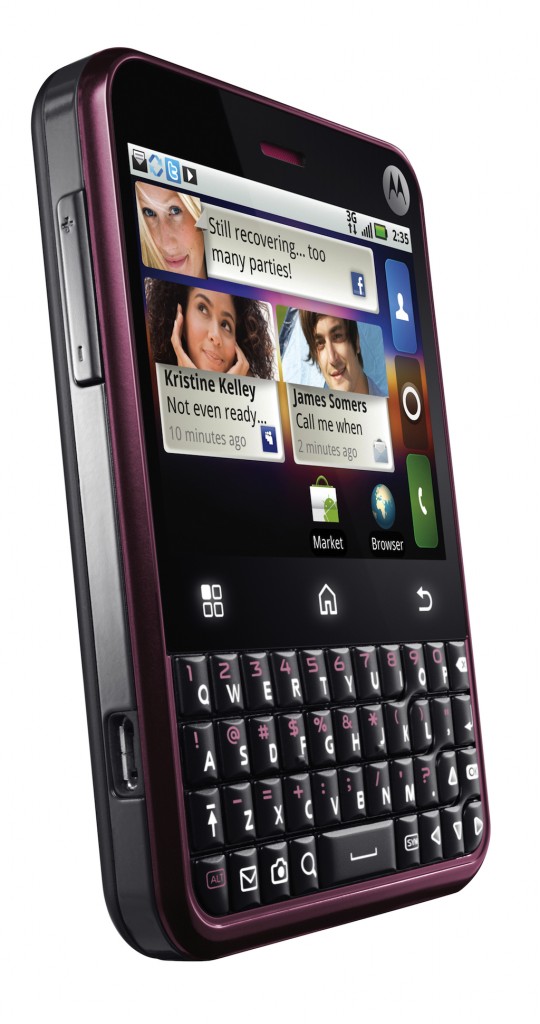 The Motorola Charm was announced last week to scattered, half-hearted applause, and today we’ve got word that it will be releasing on August 25. Apparently it was originally planned for an early launch, but some battery life problems have extended the testing phase.

Just as a quick reminder, the Motorola charm packs a 3 megapixel camera, Android 2.1 with updated Motoblur, a 2.8″ 320 x 240 touch display, Wi-Fi, GPS, 3G, and a trackpad on the rear. Apparently the browser will include Flash support, which may very well tie in with the supposed battery problems, but that’s just a wild guess.

This weekend we heard that the upcoming BlackBerry tablet, code-named Cobalt, would have a forward- and rear-facing camera as well...