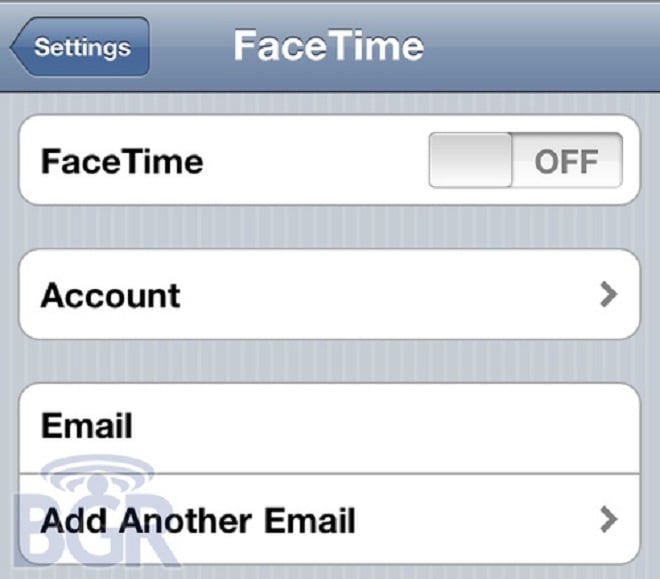 We all know that the FaceTime video-calling feature on the Apple iPhone 4 will be coming to other devices like the iPod Touch and iPad but how will the process work when these things get front-facing cameras?

Well, according to a report from the Boy Genius Report, these devices will associate an e-mail with your FaceTime ID.

Your Apple ID will be registered with your device/s, and that will allow other Apple devices to start a FaceTime call using your email address. Apple will also reportedly make use of push notifications to deliver these incoming FaceTime connection requests as we have been informed there is a push notification detector tied into the FaceTime frameworks in the new iPhone OS 4.1 beta. We’re not sure how Apple will handle an iPod touch trying to connect to a FaceTime session on an iPhone as it seems Apple would still require you to use the iPhone’s phone number, at least that’s how it seems currently.

This seems like a perfectly reasonable way for FaceTime to migrate to other devices. I believe it is a powerful experience, if not a new one, but Apple could bring it to the mainstream if it’s on a plethora of devices and is quite simple to use.

Interestingly enough, the space for two-way video calling is heating up. Fring has recently upped the ante in this space by making its two-way calling app available on multiple platforms. What’s more, Fring lets Android users call iPhone 4 users and vice versa. Another feather in Fring’s cap is that it can also work over 3G while the iPhone 4 can only use its baked-in video calls over WiFi.

Apple FaceTime is supposed to be “opened up” but it’s unclear how open that will truly be. I don’t think it will be coming to non-Apple devices any time soon but we may see some strong developer hooks into it soon, which could lead to some interesting apps. Let us know if you think this is a powerful new tool or just a tech novelty.

With the British Open going on at St. Andrews right now, this morning I poked around for some 'Old Course'...