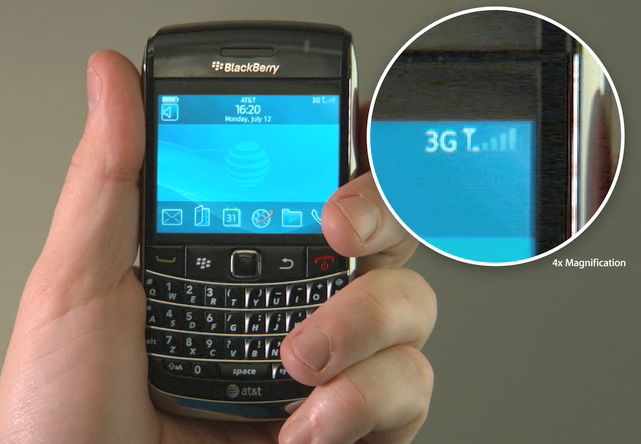 Apple’s event yesterday dived into some of the nuances regarding the dreaded iPhone 4 Death Grip, and part of that statement involved spreading some blame to other manufacturers, like RIM, HTC, Samsung, and Nokia, for having the exact same problems. Apple claims that signal attenuation and dropping calls due to tightly holding a phone is an inevitability of wireless technology. Nokia has already fired back (and then some), and now Research In Motion’s co-CEOs Jim Balsillie and Mike Lazaridis have issued a statement.

“Apple’s attempt to draw RIM into Apple’s self-made debacle is unacceptable. Apple’s claims about RIM products appear to be deliberate attempts to distort the public’s understanding of an antenna design issue and to deflect attention from Apple’s difficult situation. RIM is a global leader in antenna design and has been successfully designing industry-leading wireless data products with efficient and effective radio performance for over 20 years. During that time, RIM has avoided designs like the one Apple used in the iPhone 4 and instead has used innovative designs which reduce the risk for dropped calls, especially in areas of lower coverage. One thing is for certain, RIM’s customers don’t need to use a case for their BlackBerry smartphone to maintain proper connectivity. Apple clearly made certain design decisions and it should take responsibility for these decisions rather than trying to draw RIM and others into a situation that relates specifically to Apple.”

I’ve reviewed the BlackBerry Bold 9700, and I gotta say, dropping calls because I was holding the phone naturally was never a problem. However, Apple holds fast that Death Grip only affects those in low-coverage areas, which is a significant caveat to testing. Also, it’s hard to argue with the video proof; here are a few YouTubers recreating Death Grip on the BlackBerry Bold 9700.

Regardless of the truth to Apple’s statement that attenuation is global problem, the fact that they’re naming companies in direct comparison strikes me as borderline slanderous, and akin to a kid lashing out at the things around him when things don’t go his way. Even if attenuation exists elsewhere, having a single, distinct spot that will force dropped calls (rather than a general coverage of the antenna system) just tells me that Apple has done a poor job in working around the issue, and that the others moved from external to internal antennae years ago for a reason. Free cases are nice and all, but that really defeats the purpose of owning the slimmest smartphone in the world, doesn’t it?

Check out Apple’s new antennae sub-site to see their defense, or scope out our iPhone 4 unboxing video and impressions to see what’s still good about it.