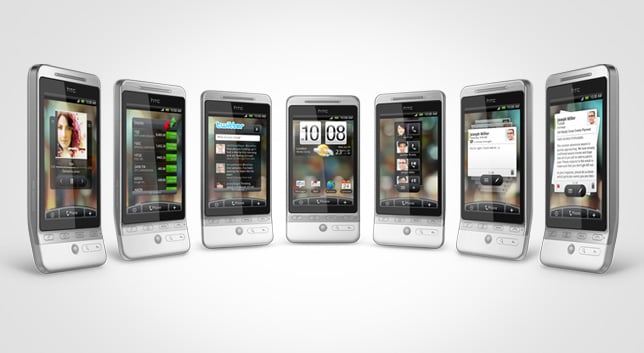 Despite Google’s plans to give the Android OS a complete UI overhaul with its upcoming “Gingerbread” Android OS, HTC has no intentions of stopping development on its Sense UI. In fact, a new version of the sexy Android skin may be on its way shortly.

HTC lead designer Drew Bamford says that the Sense UI is here to stay, no matter what Google introduces with their next major iteration of the Android platform, dubbed Gingerbread.

Google may focus more on improving the user interface on the stock Android [software], but I don’t think they’ll preclude manufacturer customization.

So you Sense lovers don’t need to worry, the UI you love is apparently here to stay, even if it does delay the release of Android OS by a fair margin.

What sort of optimizations could HTC be bringing us this time around? When Sense with Eclair was released, they brought in some cool features, but none were necessarily Eclair related. We saw the Leap feature, which allows you to view all seven of your homescreens when you pinch your home screen or tap on home twice. There was also  FriendStream which consolidates all of your social networks into one stream. I found this addition useless, only because I use Twitter more as a business tool. As for Facebook. I’m not really in love with Facebook. But I’m sure many users appreciate the streamlined integration of both Twitter and Facebook into FriendStream.

What could we expect with a Froyo’d Sense? I really have no idea what might be coming from HTC’s excellent design team. Froyo boasts a lot of back-end optimizations, so most of the dirty aesthetic work is up to HTC. I doubt that will be much of a problem. Although I’m growing a little sick of custom skins on Android, Sense really brought the OS to a whole new level, and is much nicer on the eyes. Whatever enhancements HTC brings to the Sense UI, I’d expect nothing but gold.

That said, I wish they’d kill Sense off for at least one phone and give users an option to stick with a stock Android experience. While manufacturers use skins to differentiate themselves from other Android devices, it’s hard to mistake HTC’s awesome eye for design.

What features do you want HTC to bring to the table with their new Sense UI?

The Samsung Captivate is the Galaxy S variant for AT&T and the Android phone is really, really good - It's...