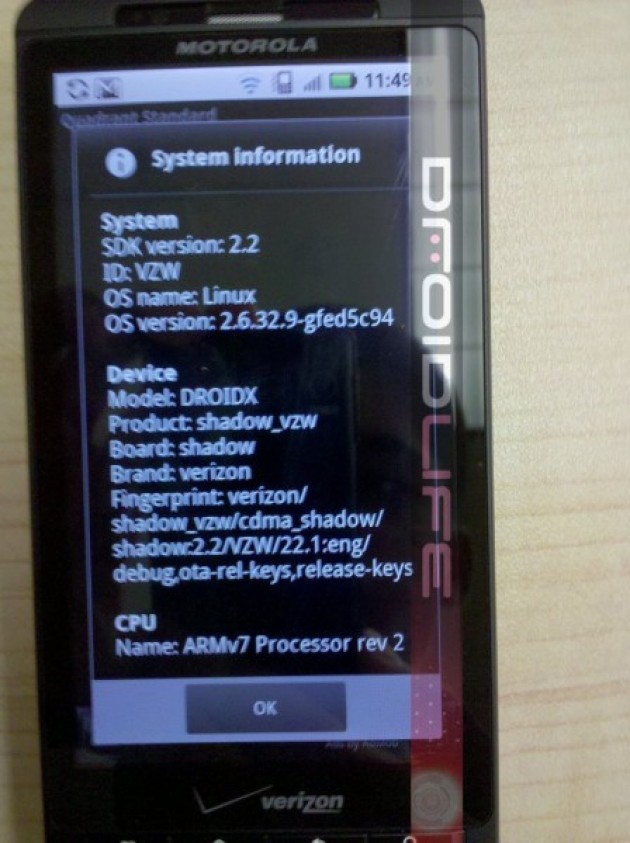 Looks like the first time we saw Froyo running on the Droid X wasn’t fake, as now we’re seeing more pictures with the Android 2.2 running the latest and greatest Android phone from Motorola. Not only are we seeing the 2.2 version in the settings, but now we’ve got a picture of the update notification.

While it’s possible to change the firmware version in the settings menu with some code finagling, we’ve yet to see a fake update notification. This is the real deal, folks, and we’re anxiously awaiting the update hitting our own Motorola Droid X. It also looks like some of these Droid X units running Android 2.2 are being sold on eBay, if you were so inclined to buy the device for a software update that may be released as early as next week.

As expected, the Adobe Flash player, Apps to SD, and other Android 2.2 Froyo features are working on the Motoroal Droid X.

One thing that is pretty disappointing, though, is that the user who received the Froyo update ran the benchmarking application Quadrant to see how the Droid X performs when on the new build. The results were a bit poor. If this is a test release of some sort, it may have lacked things like the JIT compiler, but it’s hard to imagine it was left out when it looks to be an official OTA update. In the Quadrant tests, which were said to have been conducted twice, the Droid X performed worse than it did on Android 2.1. It really doesn’t make sense, but hopefully this will be ironed out by the time it starts hitting the masses. We also have to wonder if the Texas Instruments OMAP processor inside the X has anything to do with its benchmark performance. 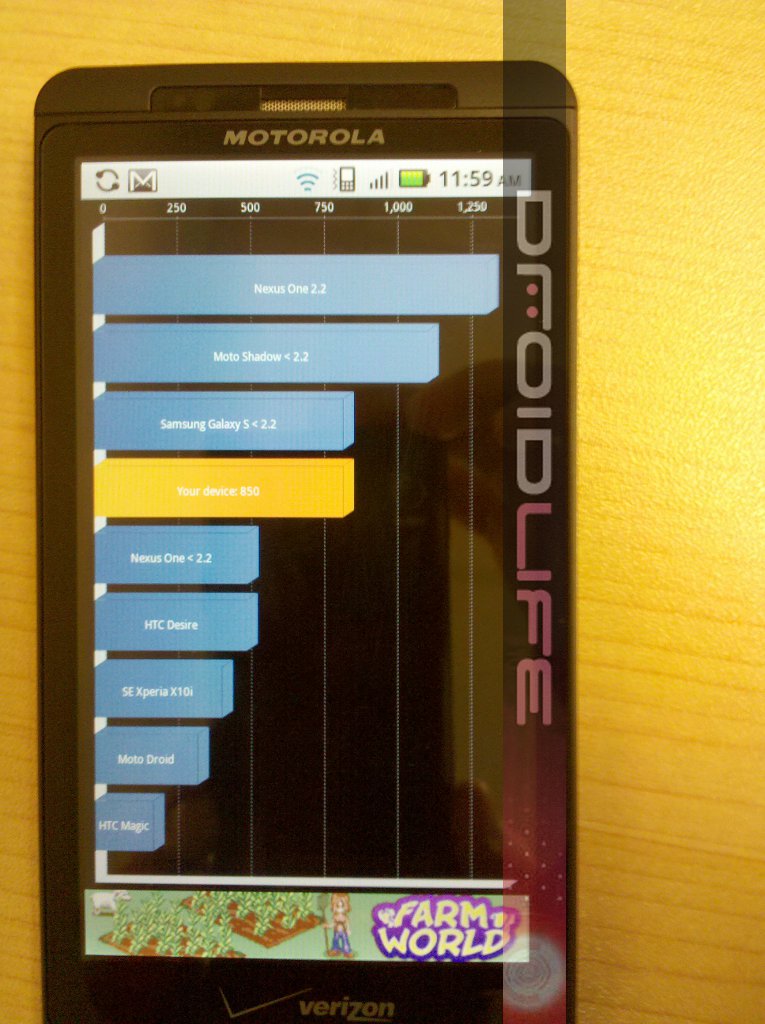 The Droid X should officially get some Froyo lovin’ sometime soon, and this update basically confirms as much. So if you’re a Droid X owner, why don’t you check out and see if you have an update waiting for you? Go to Settings > About Phone >Software Update to find out if you have some Froyo goodness available to you.

Well it sure didn't take very long for the new Samsung Galaxy S to get rooted, and now we're already...