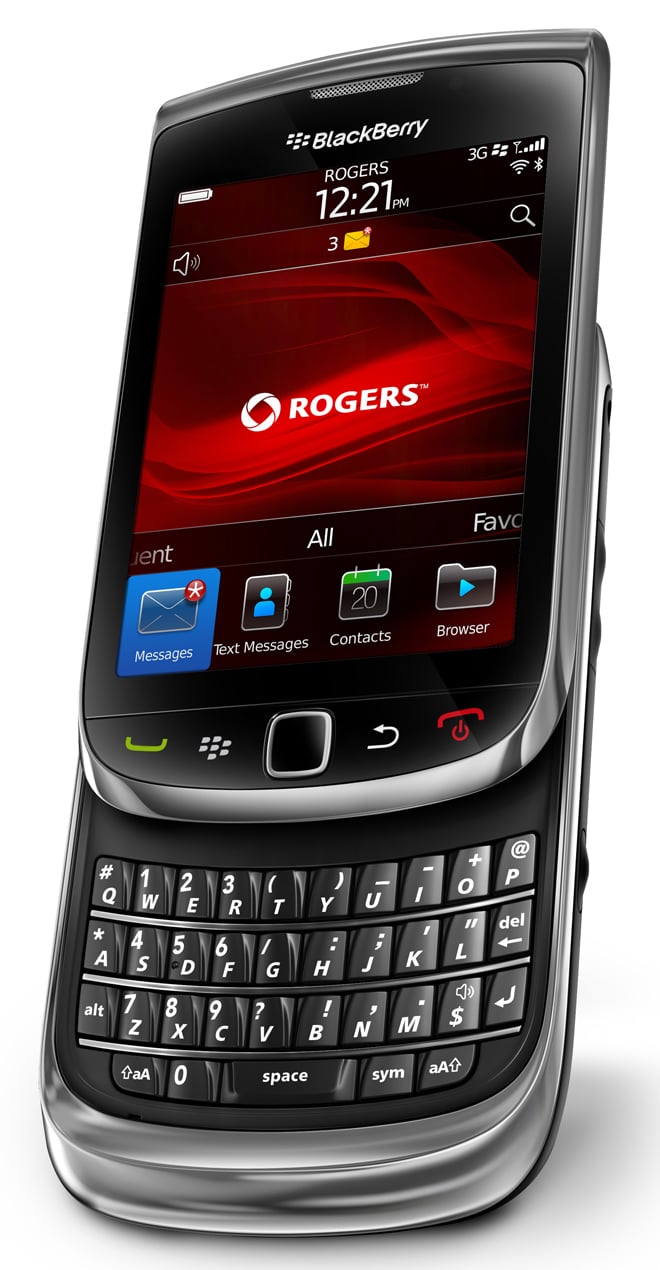 All three major Canadian carriers have confirmed with me that they will be offering the BlackBerry Torch 9800 which was announced today on AT&T. No details on pricing or specific dates, but Rogers says it’ll be here in “the coming weeks”, while Telus will only say it’ll be here sometime this year, and Bell was the most specific, saying it’ll arrive this fall. Bell will definitely be picking it up through its little brother, Virgin Mobile. Odds are good that the three launches will happen relatively close to one another. Also, it seems likely that they’ll match AT&T’s $199 price point only, y’know, on a three-year plan instead of two.

The BlackBerry 9800 is RIM’s next generation handset with all-new hardware and software. It’s got an HVGA touchscreen that skips SurePress, a 5 megapixel camera with autofocus and flash, Wi-Fi b/g/n that allows wireless music syncing, HSPA 3G capable of world roaming, and GPS juiced-up by some new APIs.

Take a look at our breakdown of BlackBerry 6 to see most of the new features, or our pre-announcement analysis to understand why the 9800 is such a big deal for RIM.

UPDATE: Bell, Rogers, and Telus have each confirmed that they will be offering the BlackBerry Torch 9800 on September 24. Bell and Rogers are selling it for $199 on contract, but Telus hasn’t confirmed pricing yet.

AT&T is all official with the BlackBerry Torch 9800, and now RIM is stepping in from the software side. The...