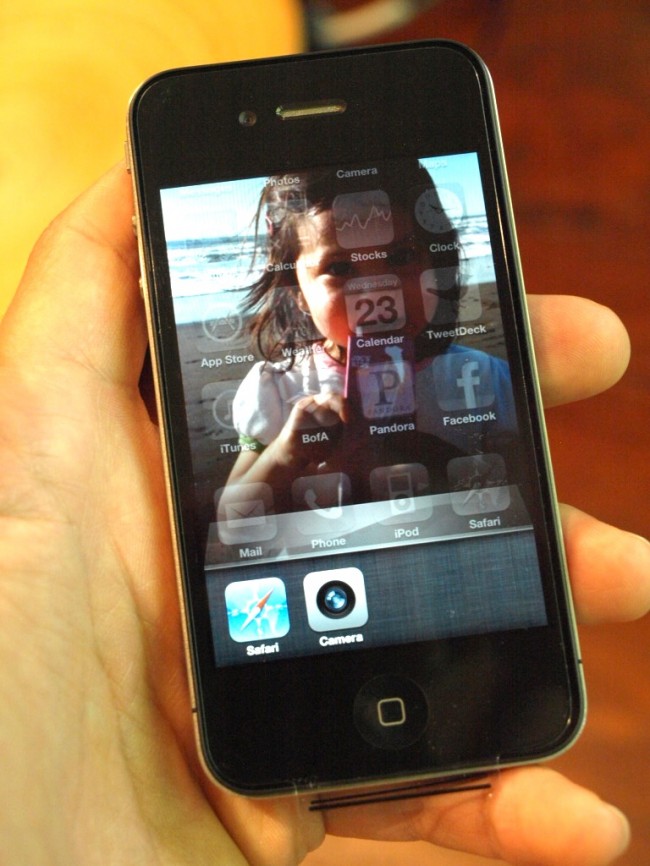 A new survey from ChangeWave suggests Apple iPhone 4 owners really enjoy your handset. I don’t want to jinx it, but they may be in love (fingers crossed).

Still, this is a pretty strong showing for the Apple iPhone 4 even though it faced some flack over its antenna problems. That type of survey is something Research In Motion would kill for, as recent surveys suggest BlackBerry users covet the Apple iPhone and Google Android.

So, what’s the big deal about the Apple iPhone 4? Among those surveyed, 49% said the screen resolution was the top thing people liked. As you know, the Apple iPhone 4 sports the Retina Display and I do have to admit that the thing looks pretty darn good.

The 5-megapixel camera was the second most-liked upgrade feature and while it doesn’t pack the same megapixels as the EVO 4G or Droid X, I’ve found the camera can pump out comparable shots. The improved battery life and multitasking of iOS 4 also rated highly with users.

Not surprisingly, the biggest dislike is the requirement of AT&T, as 27% singled this out. The coverage and speed of AT&T’s network was the second most-cited reason for disliking the Apple iPhone 4 and this is why we’re seeing tons of rumors of the handset jumping ship to Verizon or T-Mobile.

I know we have multiple Apple iPhone 4 owners out there in IntoMobile land, let us know your likes and dislikes in the comments. Check out the charts below for more information, too. 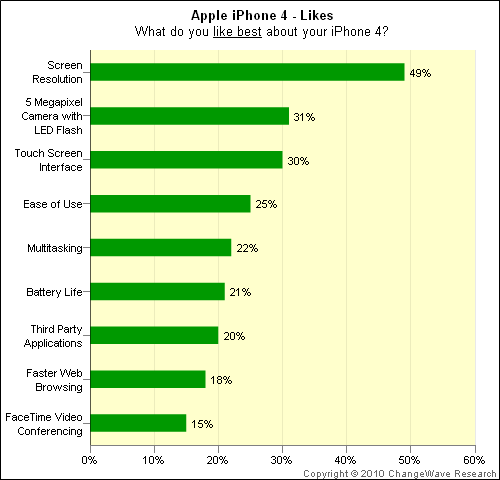 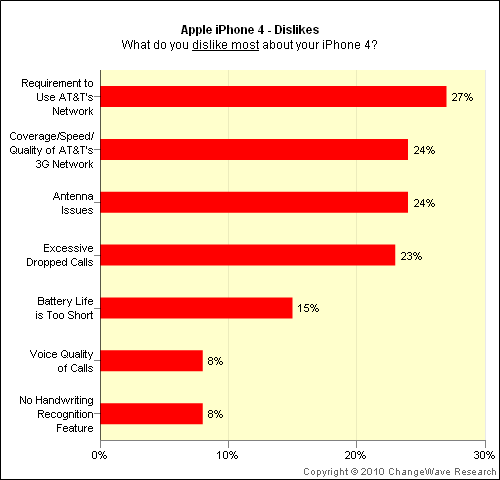 Did you jailbreak your iPhone 4 the other day through JailbreakMe.com and are now waiting to unlock your shiny new...