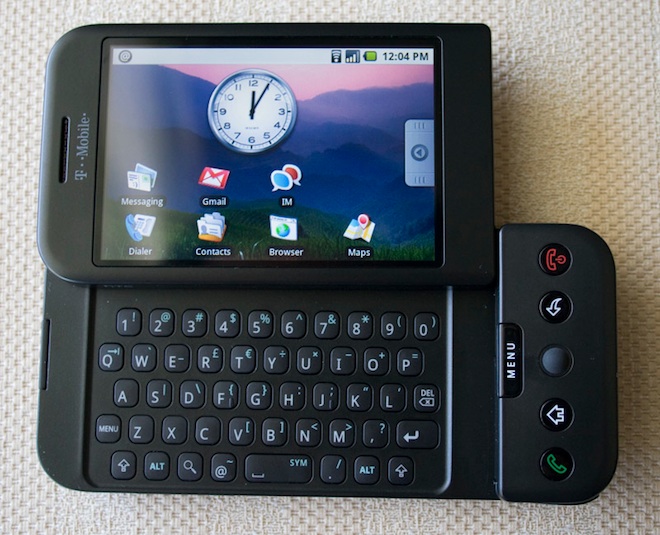 Google CEO Eric Schmidt told Reuters that there are now roughly 200,000 Android devices being sold every day. Compare that to 165,000 phones/day sold during Q2 and only 65,000 phones/day in Q1.

To put that into some perspective, 200,000 devices per day, 90 days in a quarter, that’s 18 million phones. That’s almost as much as Nokia, who shipped 24 million smartphones last quarter, and more than double the 8.4 million iPhones Apple sold during the same period.

Once Google starts shipping around 275,000 phones per day, they’re going to effectively be growing at the same rate that Nokia is in terms of smartphone share. Pretty cool for an operating system that only became available to consumers with the launch of the T-Mobile G1 (pictured above) on October 22, 2008.