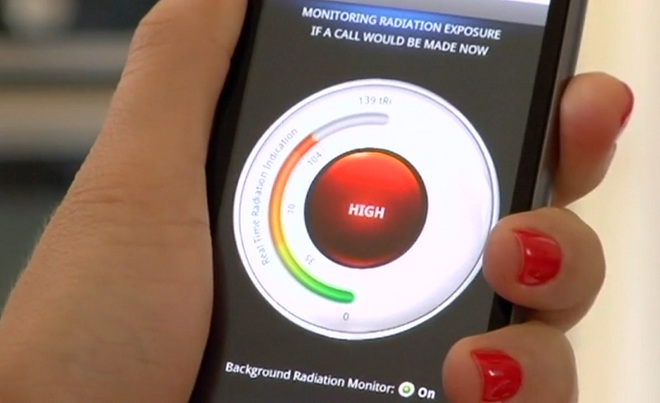 Tawkon may have added a little credence to Apple’s claim that the “death grip” which impacts the Apple iPhone 4 is common across many smartphones.

The Tawkon app for the BlackBerry, Android (soon to be released) and iPhone prototype uses algorithms to determine how much radiation is being emitted from your cellular device. This doesn’t actually measure the radiation coming from the device but instead uses information like how far you are from a cell tower to give a visual approximation.

The company said one of the underrated points about the “antennagate” fiasco is that with the lower signal, the Apple iPhone 4 has to exert more pressure and more radiation to make a connection. It demonstrated the Apple iPhone 4, BlackBerry Bold 9700 and Nexus One experiencing a loss in signal and increased radiation when held in a certain way.

This cell phone radiation issue could become a bigger problem for handset makers, as San Francisco and the CTIA are already in a tussle over how this should be displayed to consumers. Apple has yet to approve the Tawkon app for the iPhone and some suspect it’s because it doesn’t want to scare away potential customers.

On its blog, Tawkon said:

As you can see in our quick demo, this phenomenon is not exclusive to the iPhone – the way you hold the phone – and specifically blocking the receiver – increases the transmission power of the phone to maintain good cellular connectivity, and thereby increases radiation levels you’re exposed to.

There are many other factors influencing radiation levels – such as your location, operators network load, your phone model SAR levels, etc – but during this demo we made an effort to keep changing factors constant so we could isolate and see the impact of the Death Grip on several different phones.

You can check out the full video below and the Android version should hit the streets soon.

No, MOTOBLUR isn't going anywhere for now, but Motorola has recently come out and said they will be pulling back...