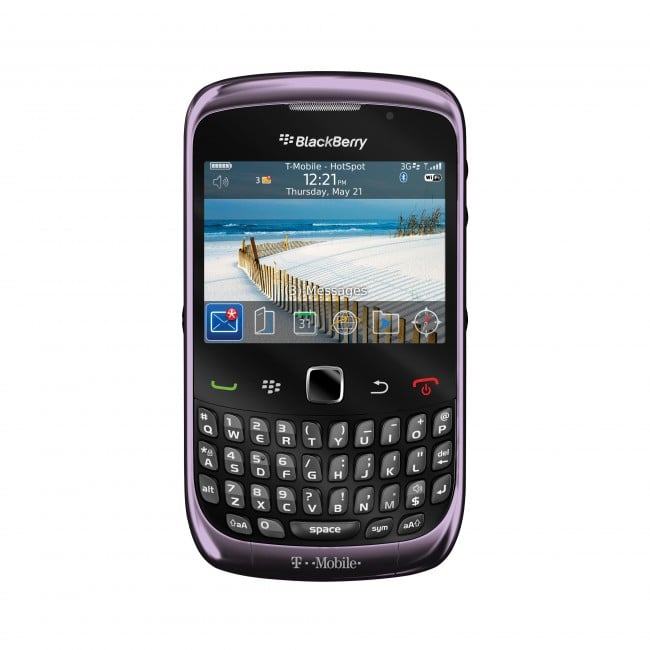 After a variety of appearances among carriers, the BlackBerry Curve 3G 9300 has been announced by RIM, complete with compatibility with their new operating system (though it’s launching with the same ol’ OS 5). This is awesome news since otherwise, the BlackBerry 9300 was shaping up to be a complete and utter rehash of the 8530. The official specs show that just like the 8500-series, the 9300 has a 2 megapixel camera without flash, QVGA display, Wi-Fi, GPS, 256 MB of memory, and an optical trackpad. The biggest change we had seen to date was support for HSPA 3G (as opposed to CDMA-based EV-DO or 2G EDGE on the 8530 and 8520 respectively), but there are a few finer differences between the devices, now that we have a chance to look at them side-by-side. The 9300 supports microSDHC memory cards up to 32 GB, standby life is significantly improved from 10.5 days to 14.5 days, and the Wi-Fi now supports 802.11n.

BlackBerry 6 was introduced via the Torch 9800 not too long ago, but that bad boy will only cover RIM’s higher-end devices. OS 6 has a variety of enhancements, like universal search, an upgraded browser based on Webkit, and an updated user interface that categorizes your apps into Favourites, Most Used, and the like. Take a look at our walkthrough for the full tour.

We’ve already seen that the slightly older Bold 9650 runs OS 6 just dandy. Now with the 9300 announced, RIM should be able to funnel their new operating system to low, medium and high tiers without any problem. The need to make a whole new device to handle OS 6 is obvious at this point, but it’s not a memory issue, since the 9300 has just as much memory as the 8520/30, and older devices like the Bold 9700 and Pearl 9100 will also be getting the upgrade.

I am a little worried about how fragmented the Curve brand name is getting these days. If someone walks into, say, an AT&T store and asks for a BlackBerry Curve, they would have to know if they mean the 8300, 8520, 8900, or 9300, and even after being presented with all of the differences, your average consumer would be hard-pressed to tell them apart.

In any case, all of the big Canadian carriers have been more or less covered, and T-Mobile just went official with their offer, though didn’t say anything about pricing or dates. I wonder if Wind will pick up the 9300 eventually, running on AWS bands too…