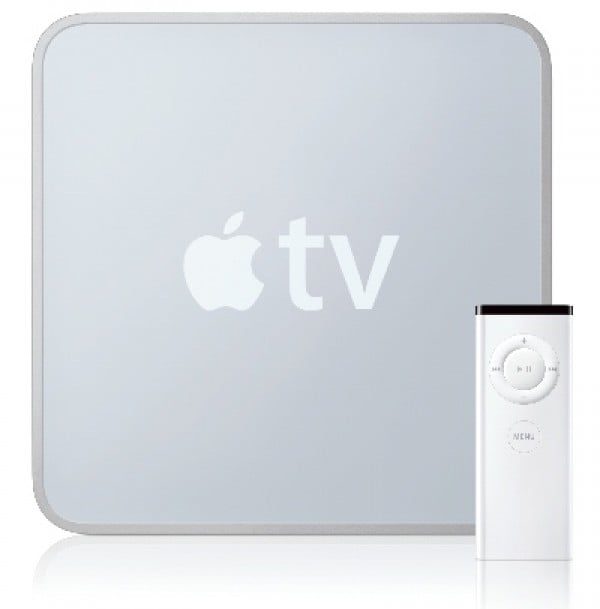 Looks like that old Apple TV “hobby” of theirs is actually going to become a more core part of the Apple product lineup. Apple TV never really hit the sweet spot of the mainstream, but with big G coming in with Google TV later this year, Apple is getting ready to give their TV service a major revamp. New rumors have Apple TV being renamed to iTV and leaving 1080p HD playback on the curb.

With the rumored refresh on its way, and a possible drastic price cut, Apple TV (now renamed to iTV), may actually become appealing to people – in terms of both price and use case. It’s said that the set-top box used for iTV will be shrunk down to about the size of an iPhone 4, so it’s a good thing TV has gone digital, because the last thing Apple needs to do is have any more antenna issues.

Jokes aside, iTV will support the massive selection of applications from the App Store, and you’ll likely be able to control the games with your iPhone, not at all unlike Google TV.

It’s not all fun, though. The new iTV set-top box my be powered by Apple’s A4 chip, which is touted for its high-end capabilities, but we’re hearing that 1080p (and 1080i) HD video playback is a no go. Instead you’ll have to work with 720p, which isn’t all that bad, but it may be a concern if you just bought yourself a brand spankin’ new 1080p HDTV. Still, it’s a small drawback, and if the price is right, consumers won’t really care that much.

So there you have it, Apple TV will be renamed to iTV, will come in the form of a iPhone 4-esque set-top box, gets apps, loses 1080p playback. Oh, and still no Flash. Sound good enough for you? Well it should, because at $99, this is a steal. I’ll be holding off until I see what Google TV brings us, but iTV should definitely be something to consider.

Is the addiction of apps enough for you to consider iTV? Especially considering it won’t play nice with true 1080p HD content or Flash?