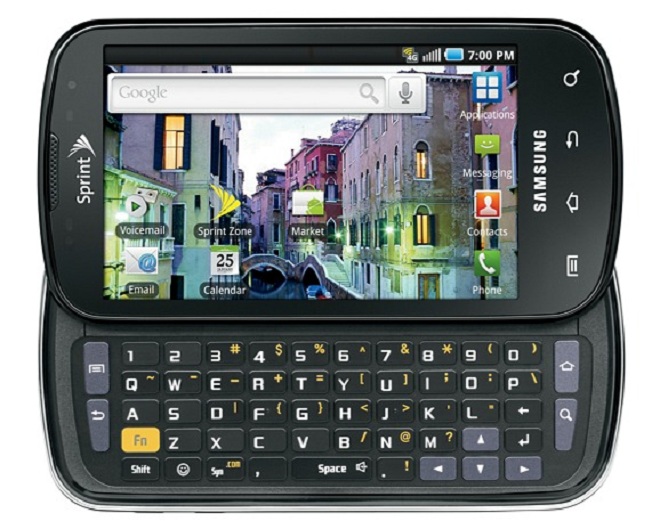 If your life is lacking some epic-ness, you’ll be happy to know that you can now preorder the Samsung Epic 4G from Sprint.

The Samsung Epic 4G will be available on Sprint August 31 for $249 and most of the high-end devices this summer have sold out, so you may want to preorder it to ensure you get your hands on it on launch day.

Why would you want to preorder the Sprint Samsung Epic 4G? Well, the Android device sports an absolutely stunning 4-inch Super AMOLED screen. I was completely entranced with this screen when I reviewed the AT&T Captivate and the Sprint smartphone should be no different.

The Sprint Samsung Epic 4G is part of the Galaxy S lineup but it has a few tweaks which make it stand out from the crowd. As the name suggests, it can access Sprint’s next-generation mobile data network for higher speeds. The EVO 4G can also do this and our personal experiences in WiMax markets show these can be blazing fast.

The Sprint Samsung device also packs a full QWERTY keyboard for banging out messages on the go. Like the Apple iPhone 4, the Epic will have a front-facing camera for making video calls with apps like Fring. Other than that, it will be similar to the other Galaxy S devices by including a 1 GHz Hummingbird processor, 5-megapixel camera, WiFi, GPS, Bluetooth and all the high-end features you’d expect from a device of this caliber.

The Epic is a strong device, but is it enough to stand out in this summer of stellar superphones? The Apple iPhone 4 is already selling millions of units, the Motorola Droid lineup will always have its followers and the HTC lineup is sure to impress. Check out our Superphone Shootout, Round 2 story for a breakdown of all the cool, top-shelf smartphones hitting the market.

Hardware specifications for the Bee, another mystery HTC handset, have emerged today. The Bee is a CDMA handset that could...