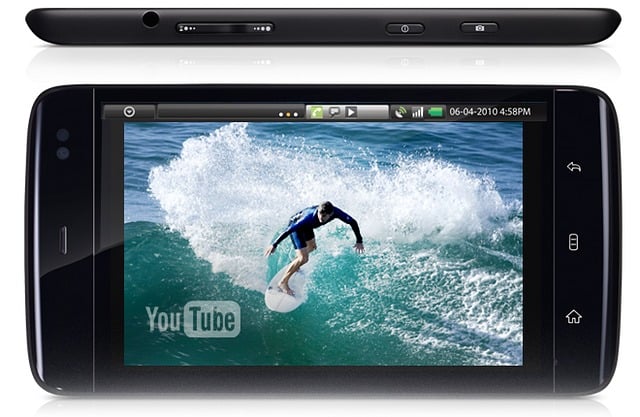 The Dell Streak made a splash when it was announced in May and was regarded as a “must-have” for Android tablet fans. Unfortunately, this splash turned into a belly flop when the Streak launched last week with the ancient Android 1.6 and a $550 off-contract price for a device that is SIM-locked to AT&T. Though the Streak has garnered a fair amount of attention, its reputation has been slightly tarnished due to these two disappointing features. While the SIM-lock may be difficult to overcome without AT&T’s cooperation, the OS situation is easily rectified with an OTA update to a more recent version of the mobile OS.

According to Dell’s Lionel Menchaca, the American manufacturer may be redeeming the Streak in a big way by skipping over Eclair and rolling out Android 2.2 (Froyo) to the tablet device in the US. No word on the timeframe for this update but with Froyo hitting handsets en masse, Dell would be wise to push the release out as soon as possible. The upgrade path for the European Streak is unknown but we would be very surprised if Dell upgraded its US model and left its European counterpart in the dust bin.

Though exciting, this news should be considered tentative as Menchaca notes that situation is “complicated” and the “current plan” is to jump to Froyo. This wording leaves wiggle room for Dell to change its decision regarding Froyo versus Eclair. Hopefully, this Froyo plan stays in place and all you Streak owners, both current and future, can enjoy the goodness that is Android 2.2.