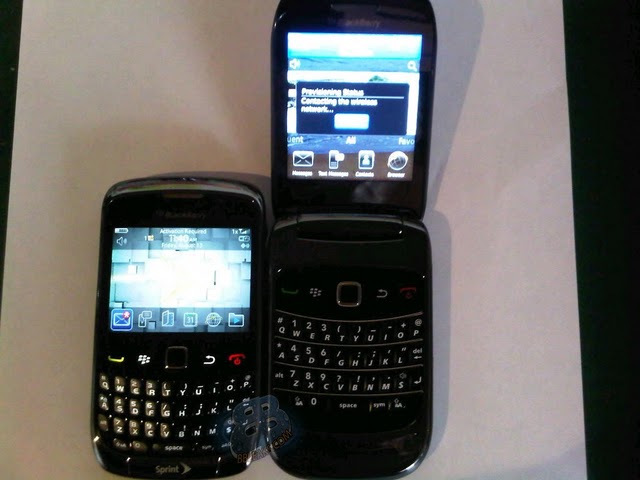 Now that we’ve got all of this BlackBerry Torch 9800 business out of the way, we’re looking to RIM’s next big device: the 9670 clamshell. Today, we’re hearing the 9670 has landed in Sprint testing labs, leading us to presume a carrier launch is around the corner. We had an inkling that at least Sprint would offer the 9670, but now it’s all the way double-confirmed. Combine the availability of 9670 housings for sale and back to school season coming up soon, and it wouldn’t be entirely crazy to expect an announcement before the end of the month.

From what we’ve heard, the 9670 will have a 5 megapixel camera, 512 MB of memory, 4 GB of on-board storage, Wi-Fi b/g/n,  360 x 480 non-touch display (plus an external screen for at-a-glance notifications, like the Pearl Flip),  and OS 6 (though we’ve seen it running 5). Reception for the first BlackBerry 6 device was a little cool, and we can only assume the Oxford here will be received similarly. The form factor is a little more edgy though, since we’ve seen portrait sliders before, but there aren’t many full-QWERTY flips out there.

For those interested in this form factor but aren’t on Sprint, the 9670 is reportedly coming to U.S. Cellular too, and probably Verizon.

Antenna Engineer: CDMA iPhone will keep the external antenna design of the iPhone 4

Amidst all the rumors about the CDMA iPhone, one of the most controversial is the insinuation that the CDMA version of...