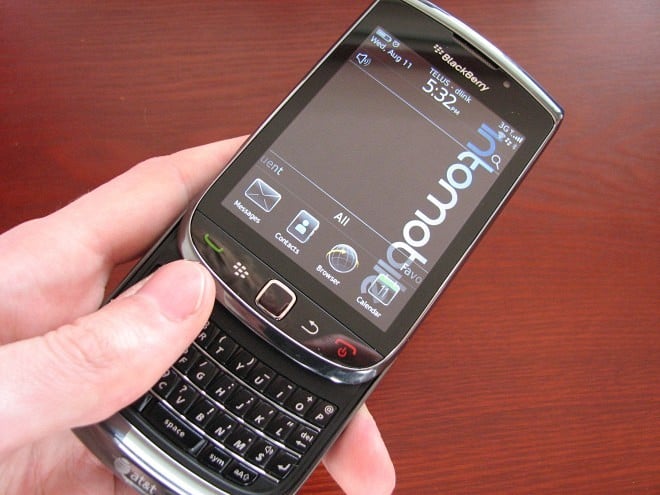 Tough break for RIM who sold 150,000 BlackBerry Torch handsets at launch, but sales were labeled “underwhelming” by Goldman Sachs. Considering the general consensus on the BlackBerry Torch 9800, that it’s not really a game changer and will likely only appeal to hardcore BlackBerry fanatics, 150,000 smartphones at launch isn’t all that bad. Of course, when you’re comparing it to the 1.7 million iPhone 4 handsets sold during its launch, the Torch begins to look more like a flicker than what its name suggests.

The numbers have come from RBC Capital Markets and Stifel Nicolaus as Know Your Cell reports:

Now, analysts at both RBC Capital Markets and Stifel Nicolaus have issued sales estimates for the Torch’s opening weekend, which is comprised of the four-day period beginning August 12.

Both firms estimate that sales over the first four days came in around 150,000 units, The Wall Street Journal reports.

150,000 units sold during a phone’s first weekend of availability is nothing to scoff at.

Indeed, the number of handsets sold is nothing to scoff at as it still earned both RIM and AT&T a hell of a lot in terms of hardware and contracts signed. Now that numbers are out, even when compared to giants like Apple and Motorola and HTC, it seems that the words “underwhelming” and “failure” are really poor labels given the BlackBerry Torch’s initial launch.

If you’re interested in picking up a BlackBerry Torch, be sure to check out our full review here.

[Via: Know Your Cell]

It looks like US Cellular is finally getting a decent BlackBerry handset in its line-up with the Bold 9650. Adding...