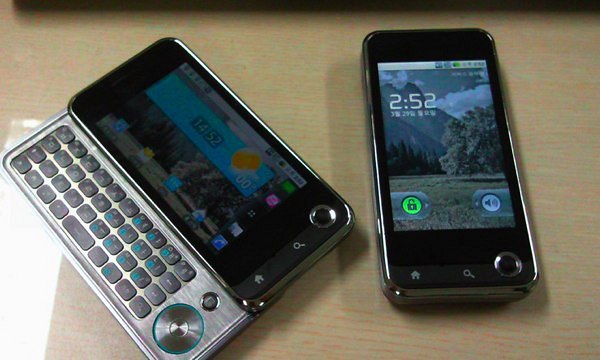 Just when I was busy talking smack about LG and whether it is even relevant in the U.S. market anymore, this news slips out. Apparently, the Korean smartphone manufacturer isn’t just working on big Windows Phone 7 handsets, but some hot Android ones, too. LG says that it is working on getting its Optimus One lined up for next month, but plans on releasing 10 handsets before this year is over. Those are some mighty big claims.

LG stated on Wednesday that it’s pouring some mega cash on R&D and marketing to play catch up, and it plans to release a whopping 10 smartphones by the end of the year, projecting sales of 5 million units in that time. The low-end Optimus One kicks things off in September with a whopping 120 carriers globally, but LG also said it has a dual-core Tegra based handset in the works for the performance minded.

It’s not just smartphones, either. Apparently, LG is also working on an Android tablet set to be released during Q4–potentially along with a number of other Android tablets from other manufacturers, too. However, this tablet is supposed to be “surprisingly productive” unlike the iPad, which has been labeled by many as just an entertainment and consumption device, not one for productivity.

Can LG deliver? The company is mighty huge, and if anyone can deliver an army of handsets and a tablet before the year’s end, LG can. The question is whether the hardware will be exciting, or if it will just turn out to be more of the same dull stuff that the company has been putting out so far.

Google Looking to Work With Motorola on Android 3.0 Tablet?

There's no doubt that if Google wants to make a dent in the mobile market, it's going to have to...