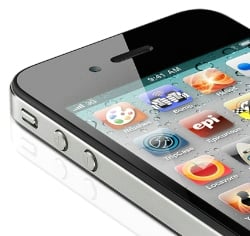 China state TV joined the growing list of sources claiming a September launch of the iPhone 4. According to the state TV report, China Unicom has inked a deal with Apple that will bring the smartphone to the mainland market by September. The state TV report cites a company brief issued as part of the China Internet Conference being held this week in Beijing.

Despite being sold for almost three years domestically and internationally, the iPhone is a relative newcomer to China. China Unicom launched the WiF-less iPhone late last year and the WiFi-enabled 3GS earlier this month. Much of the delay in getting the latest iPhone models into the hands of the immense Chinese market is attributed to government regulations which banned the sales of WiFi devices in an effort to bolster support for China’s WAPI standard. China recently relaxed those standards and paved the way for China Unicom’s exlcusive launch of the 3GS.

While the world is going wild over the iPhone 4, reaction in China is expected to be mixed. According to UOB Kay Hian analyst, Victor Yip, Apple’s latest smartphone is “something positive for China Unicom but not very significant as I think most subscribers find the price of the iPhone too high”. Only time will tell how well Apple’s premier smartphone will perform in the world’s largest mobile communications market. Anyone care to make some predictions?

Ever since Canabalt hit the iPhone scene almost a year ago, there have been a number of similar titles hitting...