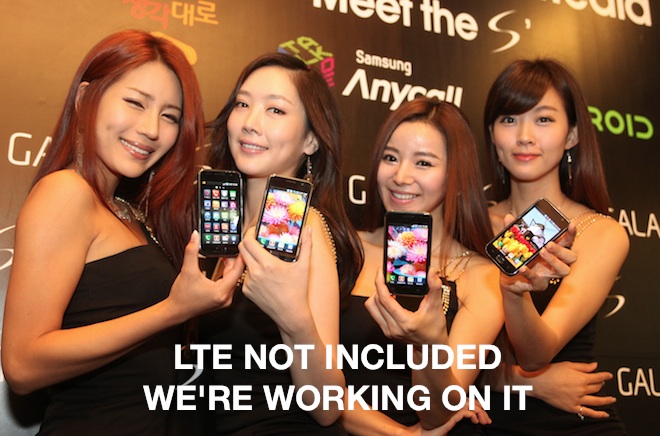 Samsung has just posted a job position based out of Bridgewater, New Jersey for a LTE RIL (Radio Interface Layer) Engineer who will be tasked with adding LTE support to Android, fueling speculation the the South Korean firm will be the first to offer an LTE enabled mobile phone. Samsung, who is already shipping USB LTE modems to TeliaSonera customers in Sweden and Norway, wants to capitalize on the upcoming operator rush to launch high speed mobile networks. Instead of waiting for Google to add LTE support to Android, they’ve decided to do it themselves, and possibly contribute their work back into the source code so additional members of the Open Handset Alliance can use the functionality as well.

If you remember, back when Android shipped it only had support for GSM. Only after version 1.6, code name Donut, was released could CDMA operators take advantage of Google’s new operating system. Which begs the question, who did the code that added WiMAX support for the HTC EVO 4G and the Samsung Epic 4G?

Samsung may not have many GSM patents compared to the likes of Nokia and Qualcomm, but they lead the industry in terms of number of LTE patents according to Rethink Wireless. That alone is reason enough for the company to pump out an LTE based device as soon as possible so that others can compete in the market and in turn pay Samsung royalties. Samsung already makes many of the components that go into mobile phones, such as LCDs, OLEDs, application processors, system memory, and storage memory such as microSD cards. They’re sitting in a fairly unique position that enables them to make money regardless of how awesome, or how terrible, their devices are. And believe us, Samsung phones run across the spectrum from Piece of Poop to Holy Epic Handset.

We’ll find out more come later this year when both Verizon and MetroPCS launch their respective LTE networks. Note that we already know MetroPCS is going to launch a Samsung LTE handset called the Craft.

Samsung announced the Galaxy U (model number SHW-M130L) South Korea's LG U+. The new member of the Galaxy family comes...