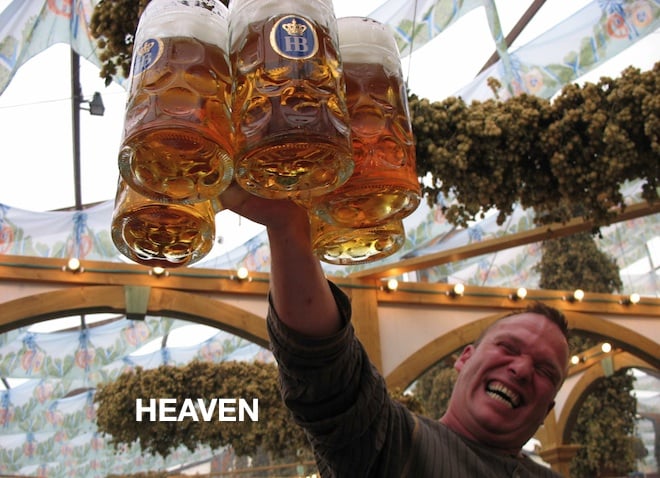 Those of you working in the technology industry who are tired of paying out the ass for hotel rooms every February, getting served food that’s been sitting in a restaurant’s freezer for half a year, and being on full alert at all times thanks to a sensational amount of pick pocketing, this is your time to rejoice!

Mobile World Congress will no longer take place in Barcelona after 2012. That’s right. After being hosted in Barcelona since 2006, the event is finally moving location.

But where? Right now the candidates are: Amsterdam, Cologne, Milan, Munich and Paris.

I vote for Munich only because I know that if it were in Amsterdam the IntoMobile team wouldn’t get any work done, we’d miss all of our meetings, and get harassed once we landed in our respective home countries. I don’t have to spell out why.

Update: Just got an email from the GSMA that says Barcelona can potentially be the host of the 2013 Mobile World Congress. Let’s hope not. Full email, plus press release announcing that the city which will host Mobile World Congress between 2013 through 2017 has yet to be decided, after the jump.

I’m getting in touch on behalf of the GSMA about your post on MWC. Thanks for covering the news!

I wanted to point out that Barcelona is still very much in the running along with Amsterdam, Cologne, Milan, Munich and Paris as you point out.

Please see the release below for the full story.

Would you be able to amend your post please?

20 August 2010, London: The GSMA today announced that six cities are competing to host the GSMA Mobile World Congress event starting in 2013. Amsterdam, Barcelona, Cologne, Milan, Munich and Paris have been named candidate cities who are vying to become the home of Mobile World Congress for the five-year period from 2013 through 2017. The GSMA expects to identify a short list of finalist cities in January 2011 and to complete the evaluation process and to announce the host city in mid-2011.

“The mobile industry continues to evolve at an unprecedented pace and the GSMA is also advancing its business to meet the changing requirements of constituents across the global communications industry,” said John Hoffman, CEO, GSMA Ltd. “The Mobile World Congress has grown significantly since it was started in 1987, and we look forward to shaping the future of the event with one of these outstanding candidate cities.”

“The GSMA is committed to holding the Mobile World Congress in Barcelona through 2012,” continued Hoffman. “In partnership with the city of Barcelona, the region of Catalonia, the Fira de Barcelona and all our city partners, we have experienced tremendous success and our association with Barcelona has been extremely positive for the GSMA, for our exhibitors, for our attendees and for the wireless industry.”