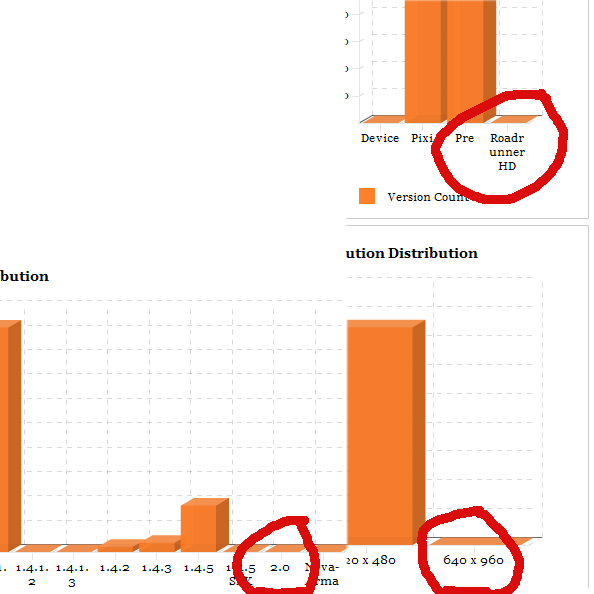 This second and exciting reference is from a gaming app titled Cloud Hopper and adds “HD” to the end of the Roadrunner moniker. Similar to the original leak, this information was gleaned from the usage data provided by Metrix, an analytics package for webOS developers. The Metrix data in this second leak suggests that the Roadrunner HD device sports a 640×960 resolution, which is nice a jump from the 320×480 of the original Roadrunner leak.

Adding some credibility to this rumor is the fact that Cloud Hopper is closed source, making it difficult to spoof the webOS 2.0 and Roadrunner HD user agent strings. The usual warning to take this rumor with a grain of salt applies as we can not verify the authenticity of these claims. Nonetheless, we can’t help but ponder the thought of a high-end webOS smartphone or a smaller-size tablet out in the wild. It is a tantalizing idea, no?

Ah, the beauty of Android handsets with customer user interfaces - while they spice up Android a bit, they also...