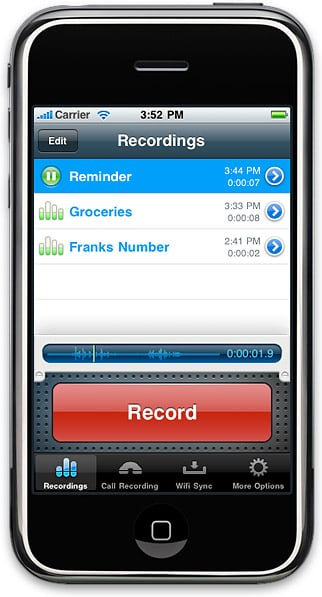 A federal appeals court ruled that the covert recording of a phone conversation using a mobile phone is not a violation of the Wiretap Act if done for legitimate purposes. This interesting ruling stems from a dispute over a family inheritance that harkens back to 2008.

In this Connecticut case, a woman died without a will; leaving the status of her possessions mired in a battle between her son and her husband. To bolster his case, the son presented an audio conversation to the probate court in 2008 that was recorded a few days before the woman’s death. Unbeknownst to everyone present, the son has used his iPhone and the 99-cent Recorder app to record a conversation among himself, his dying mother, his stepfather, and others regarding the posthumous distribution of her estate.

Reading ilke a story straight form the annals of Maury Povich, the stepfather sued his stepson with the allegation that his privacy was violated under the Wiretap Act. The initial case was thrown out of court and the stepfather appealed. The federal appeals court put the kibosh on this case by ruling that the recording would only violate the Wiretap Act is if it was recorded “for the purpose of a tortious or criminal act that is independent of the intentional act of recording”.

The take home message here is thus: if you are going to start secretly recording conversations with your iPhone, make sure you are doing it for honorable reasons, not to blackmail your boss into giving you a raise.

Bulkypix and Moving Player are releasing Yslandia for the iPhone in Germany, Belgium, Switzerland, Luxembourg and Canada with the worldwide...