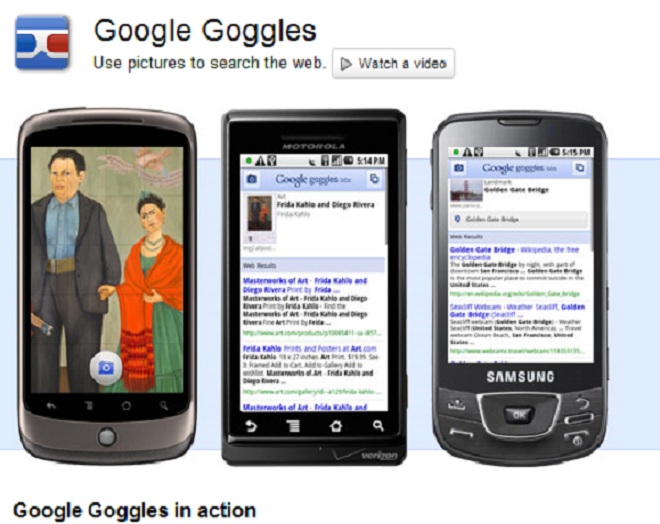 Stop me if you’ve heard this one before, but Google Goggles will soon be coming to the Apple iPhone. The search giant said the visual search app should be hitting the iOS device by the end of the year.

If you’re not familiar with it, Google Goggles lets you take pictures of objects and it will bring you back a search result. Ideally, you could see a cool movie poster, take a picture of it and then get access to information like nearby show times or a trailer. Another useful feature is the ability to translate text on the go and this could come in handy when you’re traveling.

Google said the Apple iPhone version of the visual search app will be rewritten specifically for the App Store but the Goggles database has about 1 billion images in it. The search giant said it works about 33% of the time but it continues to improve the service. Google recently purchased Plink to boost the service.

Getting on the Apple iPhone could be a major boost for the visual search service, as iOS users tend to be heavy mobile data users. This would help Google Goggles build up its database and make it a stronger platform.

I think this service is a quietly a very important tool in the mobile space because it could lead to a new wave of augmented reality apps. Once the visual search engine becomes more accurate, the search giant will open up APIs for third-party developers. We’ve already seen some cool examples of augmented reality apps but these elements could be integrated into a wide variety of programs.

Check out our hands-on take of the visual searching app below. As you can see, Google Goggles is nowhere near perfect but it does show some interesting possibilities for the future.

Android license server may be easy to crack; pirates cheer

Remember when Google rolled out an Android Market Server License server in order to make it difficult for pirates to...