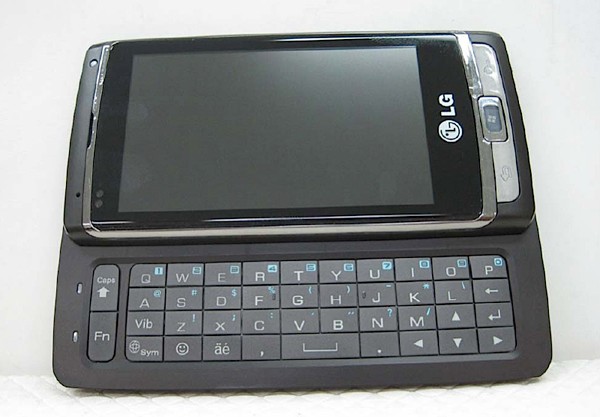 LG has another Windows Phone 7 handset up its sleeve in the form of a QWERTY slider headed to AT&T. The LG GW910 was previously spotted back in March as the Panther and has received more than one hands-on preview. Though the GW910 received FCC approval in February, the normally private FCC documents (photos and manuals) were recently unsealed, giving us a sneak peek at the innards and outward appearance of this upcoming Windows Phone handset.

From the previous hands-on, the handset was thought to have a 1Ghz Snapdragon processor, a large capacitive touchscreen, 8GB of onboard storage, GPS, WiFi, 5-megapixel camera, and a slide-out QWERTY keyboard similar to the C900. While at the FCC, the handset was tested for AT&T’s 3G frequencies, but surprisingly not for WiFi or bluetooth.

Though it is nice to see such clear pictures of the handset, the fact that it received approval back in February and was unsealed in August does not bode well for the future of this handset. You would expect that a handset slated for such a big launch would be kept under wraps at least until after its launch date, not exposed early.

Yes, this early exposure could merely be an oversight on LG’s part or it could be a sign that the handset was not meant for primetime consumption. Adding some credibility to this latter theory is the observation that it would be unusual to see two such similar handsets like the GW910 and C900 hit AT&T at the same time.

So what do you think, will both handsets hit the AT&T at the same time or will one bask in the glory of the Windows Phone 7 launch while the other is headed to the trash bin annals of handset history?

[Via Phonescoop and FCC]