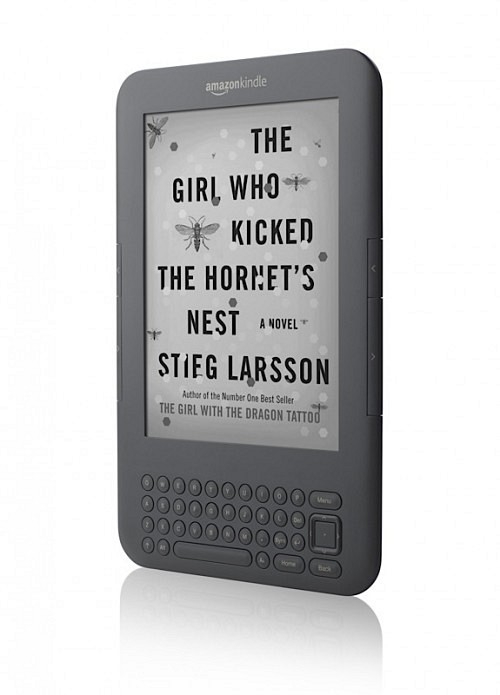 Reading fanatics swooped in on the Amazon Kindle after the online retailer announced its $140 Wi-Fi only version about a month ago. The popular eReader, which is now more affordable than ever, also boasts an enormous library of 670,000 books in its U.S. store. When coupled with the Amazon Kindle apps for the iPhone, iPad, BlackBerry and Android, Amazon and its army of eBooks show no signs of slowing.

The new version of the Kindle started shipping to customers today, which Amazon says is two days earlier than previously announced. The fast growth of the new version of the Kindle isn’t surprising considering Amazon’s recent assertion that it sold three times as many Kindle books in the first half of 2010 as it did in the first half of 2009, with the Kindle continuing to be the number one product sold on Amazon. Amazon says the U.S. Kindle store now over 670,000 books. And the Kindle has reportedly been sold out until the fall.

Amazon announced the new, more affordable Kindle at the end of July. The updated version has a sleeker design with a 21 percent smaller body 15 percent lighter weight, 20 percent faster page turns, up to one month of battery life with wireless off, double the storage to 3,500 books, built-in Wi-Fi for the lower price of $139. The new Kindle 3G with all of these new features plus with free 3G wireless is $189.

For those who have an appetite for books like Johnny-Five from Short Circuit, the 3G version is not a bad deal for just $50 more if it means being able to shop books wherever you are.

Amazon says, unsurprisingly, that the Amazon Kindle is the most gifted and requested gift on both Amazon.com and Amazon.co.uk combined. Not too shabby now that the UK store has over 400,000 titles to choose from.

The popular eReader seems to be holding up well, though the iPad, which supports the Kindle, Nook and iBooks apps, might pose a threat to the eReader. It’s more expensive, sure, but you can do a whole hell of a lot more on it than just read books–like playing Angry Birds HD. Additionally, the Barnes & Noble Nook is affordably priced and is a pretty good reader with a decent selection of books on its own.

The new version of the Amazon Kindle has started shipping today.

Rogers' account management application for BlackBerry, iPhone, and Android has added a few more features. You can now manage which...