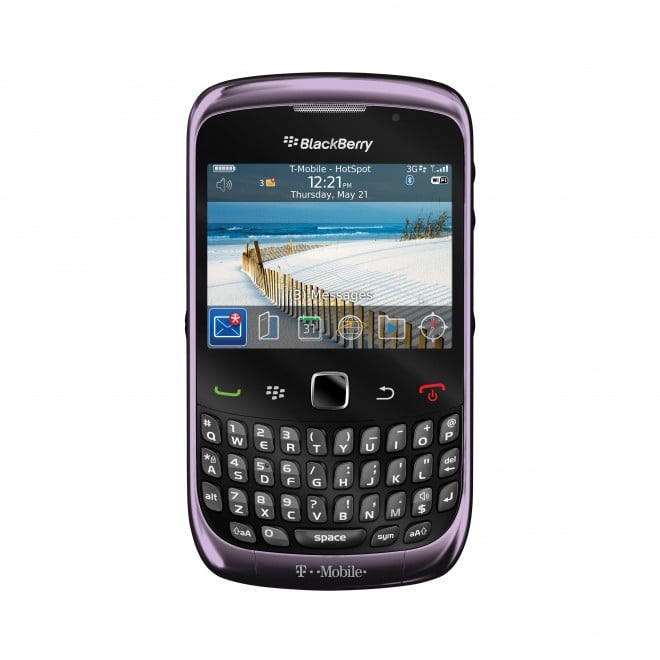 Following up on the announcement of RIM’s latest entry-level smartphone, the BlackBerry Curve 3G 9300, rumours say it could be coming to T-Mobile on September 8th. We just got our hands on the Telus version of the 9300 this week, and it’s more or less what you’d expect – a cheap BlackBerry with a decent set of core features. OS 6 compatibility is the biggest reason you’d want the 9300 over the 8530 that’s already been out on the market for awhile.

QVGA display, Wi-Fi, GPS, 3G, and a 2 megapixel fixed-focus camera without flash all round out the Curve 3G, and the CDMA version coming to Sprint and Verizon will probably be identical. Speaking of carriers, now that there’s an AWS version of the device on the way, the 9300 would be a great fit for Wind Mobile in Canada, which operates on the same frequencies. Right now their only BlackBerry is the Bold 9700, which has a relatively steep pricetag, since devices are unsubsidized. A cheap Curve would be a fine alternative.

In any case, if you’re looking to nab one on T-Mobile, feel free to take a look at our unboxing and image gallery of the BlackBerry Curve 3G 9300 for a closer look. The review should be coming next week.

Update: Just received note that version 2.01.01 of this theme has been released. Some cool new features have been added......