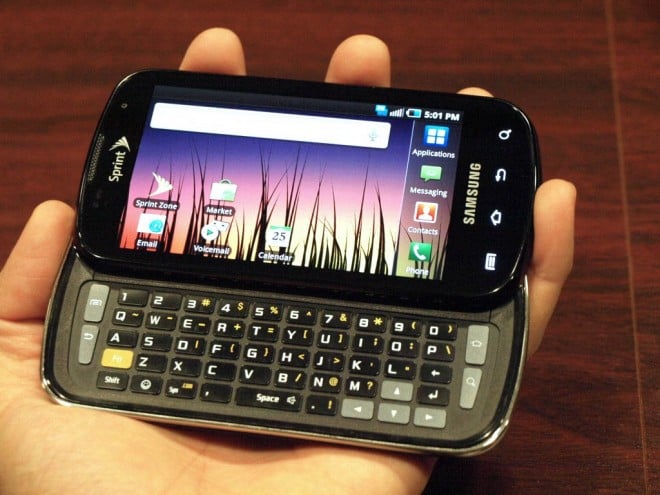 If you’re drooling over the upcoming Samsung Epic 4G for Sprint and want to save a few dollars, head on over to Amazon because the online retailing giant is offering the Galaxy S Android phone for only $200 with a new, two-year contract. That will be $50 less than the price Sprint will be offering the superphone.

The Sprint Epic 4G will be released August 31 and it could be one of the top Android handsets when it hits. Like the other Galaxy S devices, the Samsung Epic 4G will sport a 4-inch Super AMOLED screen, a 1 GHz Hummingbird processor, a 5-megapixel camera, Bluetooth, WiFi, GPS and 3G connectivity.

The Epic 4G stands out from the rest of Samsung’s superphones by having a full, slide-out QWERTY keyboard. This can be a make-or-break for many users and we found the keyboard to be a delight.

What you’ll notice is that the keyboard keys are really flat, with no contouring whatsoever. That might sound like a bad thing, and to some it might be, but the size of the keys and the spacing between the keys make for a good typing experience. We’d have liked to have seen some more texture on the keys, but it probably won’t be too hard to become proficient enough to start touch-typing.

As the name suggests, the Epic 4G will also be able to access Sprint’s WiMax network for faster mobile data speeds. It also rocks a front-facing camera for making video calls with apps like Fring.

This is just the latest attempt by Amazon to become a strong player in the mobile space, as it can eat certain costs in order to draw in users. Amazon has been offering the BlackBerry Torch for half the price of in-store units and it even offers high-end phones like the Captivate for a penny. Look for Amazon to continue to try and undercut brick-and-mortar retail cell phone shops.

Check out our video of the latest Android superphone.

Those waiting for Mozilla's mobile browser on Android can now get downloading! Firefox Mobile, currently code-named Fennec, is available for...