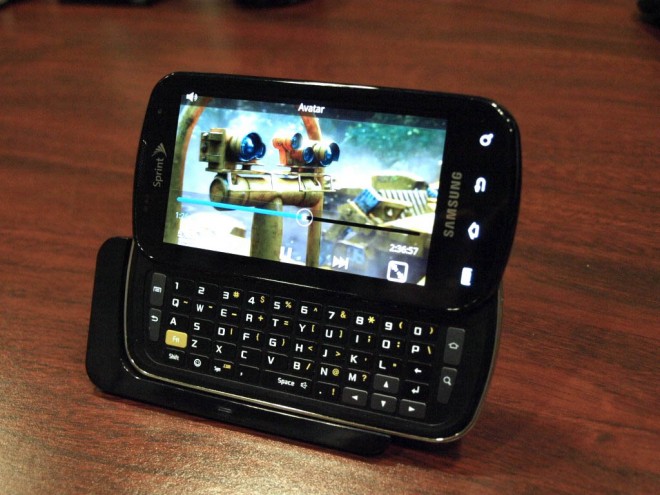 If you can’t wait until the end of the month for the slick-looking Samsung Epic 4G, a Galaxy S Android phone for Sprint, then you’ll be happy to know that the user guide has gone live.

You can view the whole thing at the via link below and it’s full of the standard things you’d expect – it tells you how to operate the phone, turn on WiFi and 4G, etc. Any modern smartphone users should already know how to operate the Sprint Epic 4G but go ahead and take a look to see if there are any surprises.

The Samsung Epic 4G has us excited because it is a powerful Android phone that can compete with nearly any device out there. It will launch with Android 2.1 with Samsung’s custom TouchWiz 3.0 user interface layer. When I reviewed the Galaxy S phone for AT&T, the Captivate, I actually liked TouchWiz because I thought it added some visually-pleasing elements and added functionality to the little green robot. It may slow down the Android 2.2 update but I think it’s worth it because it’s nice to look at and use.

The Sprint Epic 4G also stands out from most of today’s high-end smartphones by having a full, slide-out keyboard. We’ve played with this for a while and have been impressed with the feedback and feel. The handset will also have a 1 GHz processor, 5-megapixel camera, a front-facing camera for video calls, WiFi, GPS, Bluetooth and 3G access.

As the name implies, the new Sprint Samsung Android superphone will be able to access the carrier’s WiMax network for quicker download speeds. Like the EVO 4G, I’m expecting the new Samsung handset to come with a $10 monthly premium for the capabilities of the device, and you’ll probably have to pay that even if you’re not in range of the 4G. Lame.

So, what do you say, readers? Are you interested in the Sprint Epic 4G or are you happy with the bumper crop of

There's no doubt that Apple has, with their iPad, single-handedly introduced to the masses to tablet computing - in much...