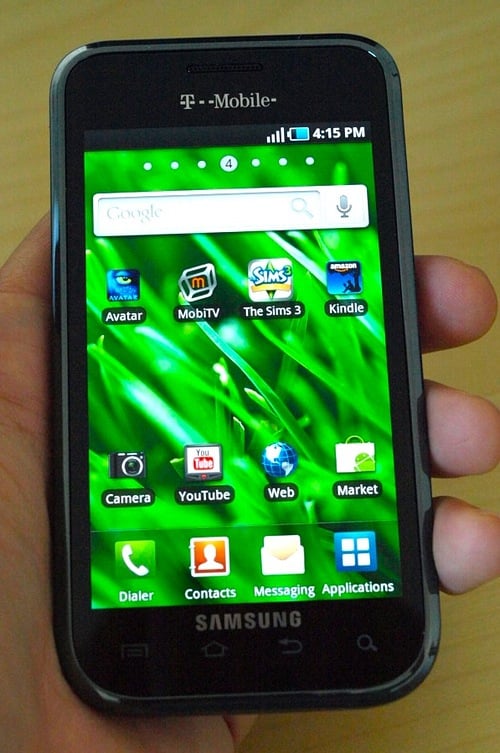 Samsung, which continues to lead the U.S. market in terms of mobile phones provided – high and low end – has recently announced that it sold over 1 million Galaxy S devices to date. That’s not too bad when you consider the Android 2.1 devices being available only on AT&T and T-Mobile so far, with the Captivate and Vibrant smartphones, respectively. On August 31, the Samsung Epic 4G for Sprint will launch with the Fascinate for Verizon not too far behind, rounding off the set of Galaxy S handsets for the major carriers in the U.S.

Given the fanfare for the Samsung Epic 4G and our positive initial hands on, Samsung doesn’t show any signs of slowing with its latest set of babies, either. If you’re thinking of grabbing the WiMax-capable Epic 4G, be sure to check out our hands-on impressions. For those on the fence about the Vibrant for T-Mobile, you can find our full review here.

DALLAS, August 30, 2010 —Samsung Telecommunications America (Samsung Mobile)1, the  No. 1 mobile phone provider in the U.S., today announced that it has shipped one million of its Android™ 2.1-powered Galaxy S devices in the U.S. market. Samsung Mobile began shipping the Galaxy S portfolio2 on July 15, which are currently available with AT&T and T-Mobile.  Galaxy S devices will also be available with Sprint on August 31 and will be available with Verizon Wireless, U.S. Cellular and Cellular South this fall.

Samsung Mobile has packed cutting-edge technology into its Galaxy S portfolio, including features such as a stunning 4-inch Super AMOLED display screen, 1GHz Hummingbird Application Processor and a multitude of entertainment, messaging and social networking capabilities. In addition, all Samsung Galaxy S devices will be upgradable to Android 2.2 in the future.

“Bringing Galaxy S devices to multiple carriers has given Samsung Mobile the opportunity to reach millions of consumers,” said Dale Sohn, president of Samsung Mobile. “I am proud of the instant success of the Galaxy S line up and I am very pleased to announce that because of the support of our carrier partners and loyal customers, we have shipped one million Galaxy S devices in the U.S. market. Samsung Mobile looks forward to sharing additional Galaxy S milestones in the future.”

The roll out of Samsung’s Galaxy S portfolio has been supported by a multi-tiered print, online, cinema and television advertising campaign, including major networks such as ABC, CBS, FOX, NBC, ESPN and MTV and in cinemas such as AMC, Cinemark and Regal. Samsung Galaxy S was also a sponsor of X Games 16, which was held in downtown Los Angeles from July 29 to August 1. From September 30 to October 3, the Samsung Galaxy S lineup will be showcased at the World Cyber Games Grand Final in Los Angeles.

Toshiba is jumping into the Android tablet market and is looking to wow the world with its froyo-powered offering. According...