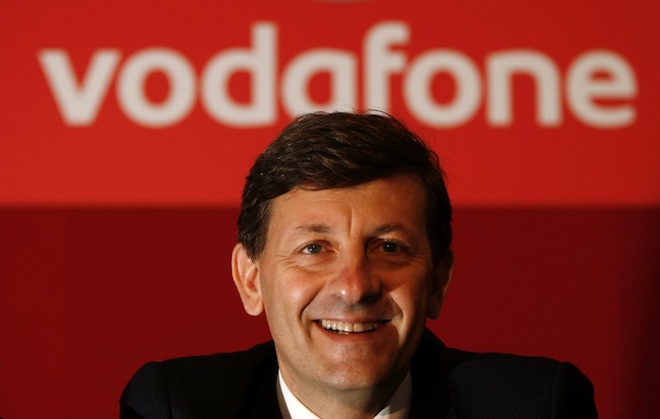 Rumor has it that Vodafone, who purchased a 2.18% stake in China Mobile, the world’s largest operator, in October 2000 for $2.5 billion, and then increased their stake to 3.27% only 2 years later for an additional $750 million, is going to sell their shares in the company for $6.2 billion. That’s a pretty good return on investment for doing absolutely nothing but sitting on your hands and watching the pages fall off the calendar.

The deal is expected to take place next month, though it hasn’t been confirmed whether Vodafone is going to sell their shares to another conglomerate or just dump them on the Hong Kong stock exchange for anyone to pick up. When contacted for further details, Vodafone declined to comment on the rumor, saying that it’s just “speculation”.

Vodafone already has a 44% stake in France’s second largest operator: SFR, and a 45% stake in America’s largest operator: Verizon Wireless. The company’s new focus, according to CEO Vittorio Colao, is Europe, Asia and India where they want to make the Vodafone brand more recognizable. The company does not want “to manage minorities”, referring to operators where they have less than a 50% stake.

If I were Colao I’d fly my private jet over the Atlantic and talk to Lowell McAdam, CEO of Verizon Wireless, and convince him to hand over the company for an additional 6% stake. Vodafone has much more experience with GSM technology and they can also leverage the relationships they have in Europe and Asia to help bring devices to market faster than ever. Plus America needs a radical shakeup in terms of business models, and if Colao started pricing services in the colonies like Vodafone does in the UK then you’ll see AT&T, T-Mobile and Sprint all struggling to catch up.

Possibility of that happening? Less than 1%, closer to 0%. A man can dream.

GSA: There are now over 100 operators in over 40 countries committed to LTE

The Global Mobile Suppliers Association (GSA; even though it should be GMSA, don't ask) have declared that there are now...