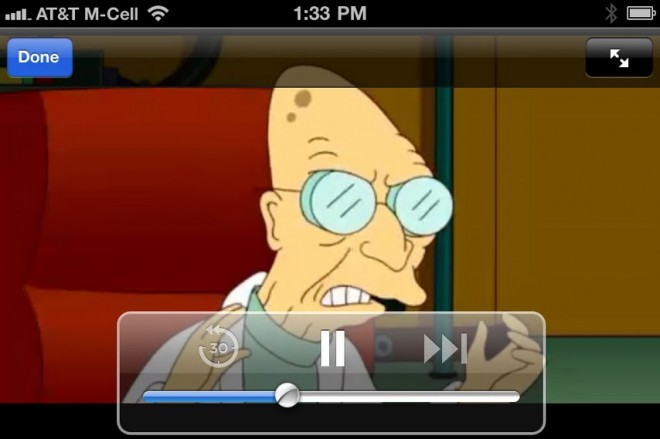 The Apple iPhone may finally be getting Adobe Flash, although not through the conventional manner. Skyfire has submitted its Flash-capable browser to the App Store and it has a good shot at getting approved.

Apple doesn’t allow programs in the App Store which “duplicate functionality” or minimum functionality,” so a browser wouldn’t seem like it has much of a chance. But Apple has already approved the Opera browser for the iPhone and Skyfire is trying to get in on this.

Like Opera, Skyfire uses back-end compression technology to deliver websites to mobile devices in a bandwidth-friendly way. This could potentially enable Apple iPhone users to get Flash content on the go. Skyfire is also saying this will be a good thing for AT&T, as it will reduce the load on the network.

We’ve used Skyfire on Android (as have more than one million other people) and the Flash experience is pretty good. In fact, I would argue that it’s on par with the official Flash Player 10.1 on the Motorola Droid.

“We’re excited to submit a mobile browser for iPhone and iPod Touch that addresses Apple’s concerns regarding Flash deployment on mobile devices,” explains Jeff Glueck, CEO of Skyfire, in a prepared statement. “Rather than enabling Flash, Skyfire will translate videos into Apple standards. Skyfire supports HTML5 but at the same time, we recognize that the transition to HTML5 for 100 million Flash publishers will take years. We hope to bridge that gap and solve a problem for consumers who want access to millions of previously-unavailable videos on their iPhones.”

This new browser could be an interesting side story in Apple’s war on Flash, as the app follows all the rules of the App Store and should also limit some of the beefs Steve Jobs had with Flash technology like resource consumption and touch optimization. We’ll keep you up to date with how this is received by Apple.