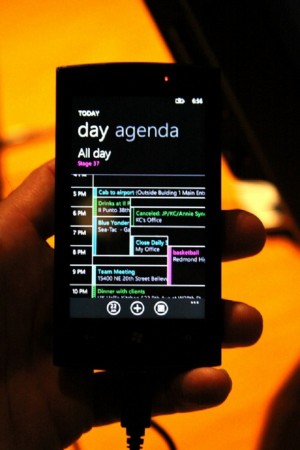 Windows Phone 7 is upon us as it has reached the point where it hit the Release to Manufacturers milestone (RTM). This doesn’t come as a shock since it very recently hit the technical preview milestone, but we now that WP7 is coming sooner much rather than later. After all, we’ve already seen a great number of devices out in the wild and in demo videos.

What does this mean for you? It means that the Windows Phone 7 handset you’ve been dreaming of will soon be in your hands as Microsoft has whipped up the OS into its final form – the form ready for use in smartphone hardware. And if you had any reservations about the software or whether Microsoft had just been hacking it, read what the company has to say of WP7:

Words of confidence from Microsoft. We are ready, it says. Not only is the software fully tested, but it manages to integrate some fun social networking stuff, too. According to the boys and girls up in Redmond, WA, some aspects of Facebook have been integrated right into Windows Phone 7 — great news for those of you who didn’t bail on the social network because of privacy issues.

Regardless of what you may have thought of Windows Mobile in the past, there’s no doubt that this is an exciting moment for the smartphone space. Based on what I’ve seen so far, will it blow the competition out of the water? Probably not. But I’m an optimist and I feel that there is always more room in the party. And with confirmed and seasoned hardware partners like LG, Samsung, HTC and Dell, we could be looking forward to some pretty sexy smartphones, too.