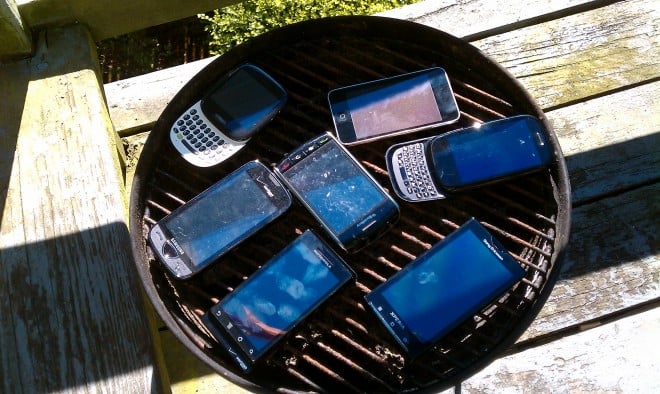 If you still think these smartphones are just a fad, you should check out the latest numbers from IDC because the firm’s research said smartphone shipments for the first half of the year grew 55.5% compared to last year.

The growth is due to a portfolio of new devices, as IDC specifically mentions the BlackBerry Torch, iPhone 4 and the EVO 4G as handsets that will move units.

Symbian still has the largest market share with 40.1% and it is predicted to stay on top of the market until at least 2014. Nokia could cement this lead if new devices like the E7 impress.

BlackBerry, the upcoming Windows phone 7 and Apple iOS are expected to capture sizable portions of the market but IDC says Google’s mobile OS needs to be watched.

“Android is the wild card, deserving close observation for the rest of this year and the years to come,” added Llamas. “Phone vendors have been drawn to Android because it allows them to present their own approach to what a smartphone experience can be. In addition, users have quickly warmed to Android, comparing it to iOS due to its ease of use and a growing mobile application storefront. Now that HTC and Motorola have leapt out in front with their own respective devices, other vendors such as Dell, Kyocera, LG Electronics, and Samsung will soon help grow the Android market.”

The research firm doesn’t think there will be single dominant OS (think Windows on the desktop) on the mobile side, as it envisions a future that can support up to five platforms at scale.