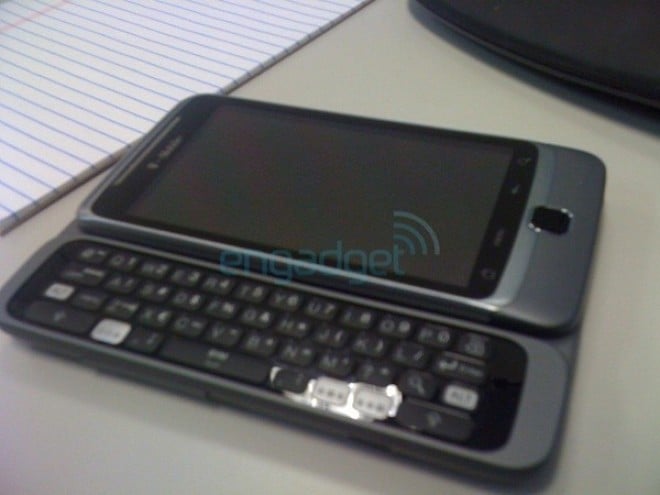 The T-Mobile G2 is undoubtedly one of the best upcoming Android smartphones for the nation’s fourth largest mobile carrier. The G2 is a solid upgrade to its predecessor, the G1, offering a snappier processor, larger screen, seemingly better keyboard, upgraded camera, and more. But can the T-Mobile G2 compete with the likes of the HTC EVO 4G, Motorola Droid X, or Samsung Epic 4G?

Besides some nice looking hardware, does the G2 bring anything new to the table that customers will actually notice? Sure, the device will sport the Qualcomm Scorpion CPU, which should be up to par with Samsung’s Hummingbird processor, but other than some T-Mobile customizations, there’s nothing we haven’t seen before with this device.

And, while clock speed isn’t everything for the CPU, (as we’ve seen the Samsung Moment and its 800Mhz CPU being outperformed by the more efficient architecture of the original Droid’s 600MHz CPU) the 800MHz speed of the Scorpion processor may not be enough for those who will just look at the number and assume it will be slower than other 1GHz processors (1000MHz) out there. Again, clock speed is not the end all, be all for overall system performance and speed.

The MSM7x30 processor in the T-Mobile G2 can operate from 800Mhz to 1GHz, so at least the hackers who root the device will be able to overclock it to reach GHz speeds. Because of this, I’m personally not worrying about the CPU speed of the G2. Still, potential customers may feel a bit spoiled with the handful of 1GHz Snapdragon phones out there.

What does the G2 bring to the table that would make one “ooh and aww”? The G2 lacks some of the fancy hardware that we’ve seen on the EVO 4G, Epic 4G, or iPhone 4. That said, some of those features aren’t necessarily suited for everyday use, although the option to video chat/watch videos on a TV via HDMI-out/watch a video with a kickstand is always nice to have. I really couldn’t give a rat’s ass about a front-facing camera, but would I like the option to use one? Of course. Would I connect my phone to my TV with the HDMI port every single day? No way, but if such a port was available on the G2, it would be a very welcomed addition.

So what does the T-Mobile G2 bring to the table that competitors don’t have? Well, there’s HSPA+, T-Mobile’s upgraded 3G, which can reach “4G speeds”, and the G2’s use of a stock Android UI. T-Mobile is making the G2 the first HSPA+ device, which is a smart move for the carrier’s short-term strategy. The G2 will also be pretty much the only stock Android handset you can find on the market. With Nexus One supplies drying up seemingly everywhere and the original Motorola Droid not expected to get the Android Gingerbread update, if you want a stock Android smartphone, you’re pretty much out of luck.

While geeks, like myself, will prefer the stock Android experience, it’s possible that many potential users might not like the rather dry look of stock Android. Having used HTC’s Sense UI on almost every Android phone I’ve owned, I’m done with custom skins and now prefer the vanilla Android experience. Stock Android isn’t something you’d technically call a “feature” on a device, but it will make those who are upgrading from their G1 feel more at home with a familiar UI.

Keep in mind, T-Mobile’s HSPA+ data network is going to be awesome for the coming months, but will be overshadowed by upcoming technologies from AT&T and Verizon. T-Mobile’s HSPA+ network may be faster that Sprint’s 4G services for now, but they will soon be outpaced by LTE networks, once they are fully deployed and optimized to offer ever faster data speeds. Sprint uses WiMAX for their “4G”, and that will allow them to upgrade to LTE using the existing infrastructure they currently use. T-Mobile, can’t say the same. These are all factors to consider when buying a G2.

So, the T-Mobile G2 may be a hit for the carrier, but at the end of the day it’s just another Android phone. It’ll be my next Android phone, without a doubt, but it’s nonetheless just one more Android to add to the stack. If the official specifications end up sporting features that are not yet confirmed, (HDMI, front-facing camera) then I may have to make a revision to this article.

So what do you think? Can the T-Mobile G2 compete with the likes of the Android elite? Is it possibly worth switching carriers for? Hit us up in the comments!

Eric Schmidt, CEO of Google, gave us some pretty key details about Android and the smartphone space during his keynote...