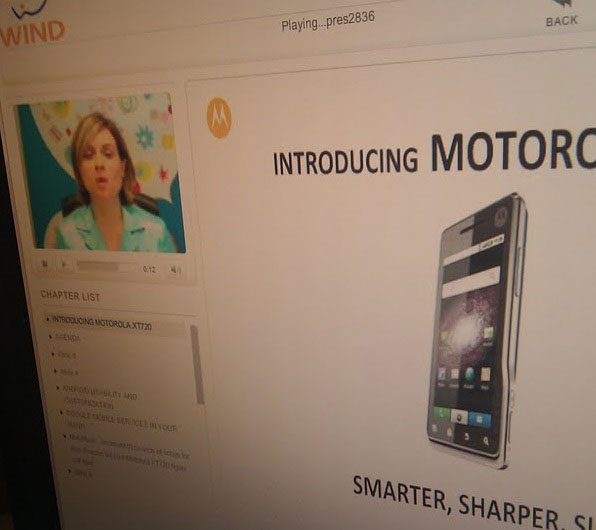 Earlier rumblings about Wind Mobile picking up the Motorola Milestone XT720 have been confirmed by way of this shot of their online training site for the Android phone. This is considerably higher-end than their first Android handset, Huawei U8100; the XT720 has a 3.7″ 480 x 854 display, Wi-Fi, GPS, 3G, Android 2.1 and a buxom 8 megapixel camera with HD video recording.

This is an especially interesting spot for Wind because the XT720 is a high-end smartphone that the major carriers in Canada, like Bell, Rogers, and Telus don’t offer yet, and even in the U.S., we haven’t heard a peep about it coming to T-Mobile. Exclusive devices are a great way to attract customers, and soon Wind will have one that’s actually worth looking at.

For those hankering for a nice Android handset in Canada without the fuss of contracts, it seems likely that the Motorola XT720 will land before the end of the month; the source says that it’ll probably be the second half, after their $20 rebate promotion is over.

If you still think these smartphones are just a fad, you should check out the latest numbers from IDC because...