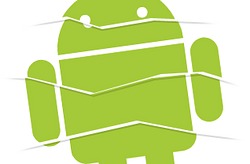 With Android handsets being churned out like there’s no tomorrow, users are still complaining about fragmentation. After all, some devices released recently are still sporting version 1.5! However, it seems that as more and more devices come out with Eclair and Froyo – 2.1 and 2.2, respectively – the user base for the more recent versions of the platform is increasing. Perhaps one day, the words “Android” and “fragmentation” may never be uttered in the same sentence again – unless talking about the past.

According to Eric Zeman at InformationWeek:

Rounding out the numbers, 17.5% of Android users are running 1.6 Donut, and 12.0% are running 1.5 Cupcake. Those numbers are down from 20.3% and 15.3%, respectively. Interestingly, Google makes no mention of Android 1.1 or 1.0. Does that mean no one is using the old and creaky versions of Android? I surely hope that’s the case.

It is good to see that the vast majority — 70% — of all Android devices are running Android 2.1 or Android 2.2. Both include a large number of new features and capabilities that 1.6 and 1.5 lack.

Perhaps the remaining 30% are just waiting to ride out their contracts before making the upgrade, but the future looks rather promising. And for those original T-Mobile G1 owners, their two years are almost up and they’ll have a number of excellent Google OS devices from which to choose, like the upcoming T-Mobile G2.

As HTC, Motorola and now Samsung continue their Android domination in the U.S., especially on Verizon’s network, the numbers of 2.1-and-higher users will grow at an even faster rate.

The main problem with fragmentation wasn’t so much that there were some little differences between versions, but that certain apps just wouldn’t work across all versions. And when Google would launch its own services like navigation and Google Earth, those in the sub-2.0 crowd had to wait even longer. These days, most of the new devices are being released with 2.1 or 2.2, with most of the former versions being upgraded to the latter.

Hopefully the release of Android 3.0, or Gingerbread, won’t cause another huge shift in trends and causing even greater gaps in fragmentation.

The Samsung Apollo i5800 that had come out on Orange UK over the summer is now marked as "coming soon"...