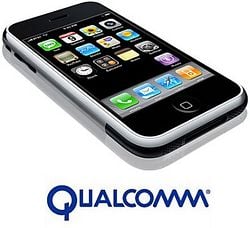 It seems like only yesterday that the Apple iPhone 4 was released, and rumors are already abound for the next iPhone. Apple is apparently going to be ditching its long-time partner Infineon for Qualcomm according to China’s Commercial Times. But this rumor is two-fold, since Qualcomm does manufacture CDMA chipsets, it could make that Verizon iPhone more of a reality. Of course, this is for the next generation smartphone we’re talking about, but this rumor also says Apple partnered with Qualcomm for the rumored iPhone coming this January.

According to the Commercial Times report, Apple’s work with Qualcomm on a CDMA version of the iPhone 4 led it to choose the company to be the sole baseband supplier for the fifth-gen iPhone. AppleInsider noted that some analysts believe moving to Qualcomm is the right move for Apple, since it could reduce Apple’s reliance on a “single supplier,” but that argument doesn’t make much sense if Apple is merely switching from one single supplier to another.

There is already a lot of presumption going on here: the iPhone 5, or whatever it will ultimately be called, will apparently contain Qualcomm chips and/or chipsets because it already supplied the parts for a CDMA-based iPhone 4.

I’m taking this rumor, although possible, with a grain of salt based on its assumptions. However, if this rumor has any legs, it’s because of this:

What may have sealed such a deal, though, is a chipset that Qualcomm first announced last year capable of connecting to LTE, CDMA/EV-DO, and GSM/UMTS wireless networks. Such a baseband chipset could allow Apple to produce a single iPhone model compatible with 4G and 3G networks practically anywhere in the world. Though the US domestic market is an obvious place where CDMA compatibility would come in handy, other markets such as China Unicom or SK Telecom in Korea would also benefit from CDMA compatibility.

The first chipset, LTE, CDMA/EV-DO is just the ticket for Apple if it wants to build an iPhone for the U.S.’s largest carrier, Verizon. With Big Red rolling out LTE at the end of this year and pushing for a full, nationwide overlay by 2013, it only makes sense that Steve Jobs & Co. would want to make its smartphone available for that speedy network.

Nothing is set in stone, but whether Qualcomm has already worked with Apple here isn’t the important thing as much as what the chipset maker can offer the iPhone maker in terms of hardware that will be compatible with future networks and network options. Clearly, it doesn’t look like Infineon is in the cards unless it offers something competitive or even better than what Qualcomm has right now.

Traditional publishers are facing disruptions from all over the place, as the Internet and mobile apps are becoming increasingly popular...