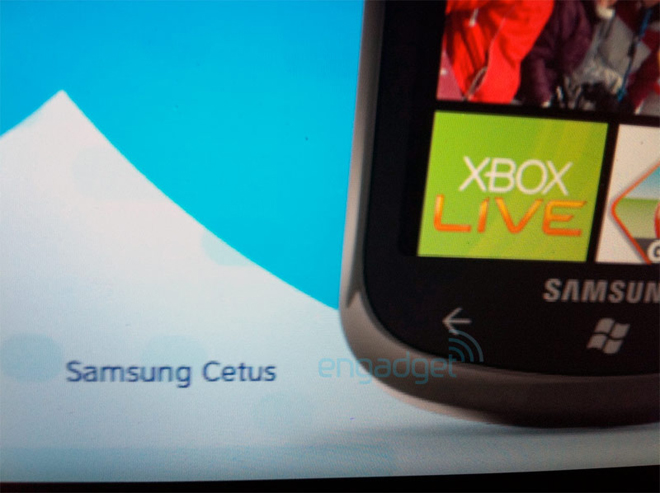 While a glut of Windows Phone 7 handsets are expected for Microsoft’s big end of the year WP7 launch, the trio of Android phones and the Galaxy Tab are a nice surprise. While we have seen shots of the Galaxy Tab with AT&T branding today, these other three Android devices are not yet identified. Based upon earlier leaks, one of the three could be the Motorola Sage, an Android 2.1 handset with a 3.1-inch capacitive touchscreen, qwerty keyboard, aGPS, WiFi, Bluetooth, and quad-band EDGE and 7.2Mbs HSDPA.

Last but not least, we have a trio of BlackBerry Torches. Not your run-on-the-mill Torch, this BlackBerry handset will launch in three limited run editions. These specialty BlackBerry handsets will land in mid to late November (think: Black Friday timeframe) and will be available in all-white, red/black, and olive colors.