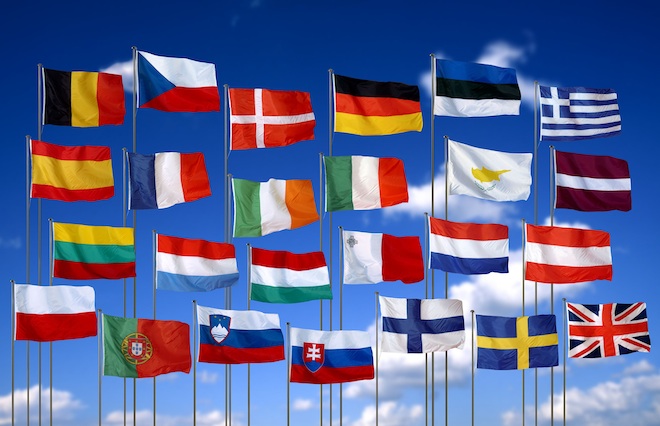 The European Union, of which 27 countries are currently enjoying both the benefits and disadvantages of globalization, is proposing that all member states should set aside the 800 MHz band for an EU wide mobile broadband network. Each country will have until January 1, 2013 to comply. Whether or not they’ll be a mega network covering everyone isn’t important, what’s awesome is that they’ll be a fixed frequency that everyone can use.

It used to be thought that the 2600 MHz would be chosen as the standard for LTE, but testing shows that such a high frequency adds to the cost of construction of networks due to poor coverage and also it’s difficult for waves that tiny to penetrate walls. TeliaSonera uses the 2600 MHz band and reports show that it does work inside office buildings, but not in places like shopping malls.

The 800 MHz band in Europe, like the 700 MHz band in America that was auctioned off in 2008, was used for television broadcasts. There was some initial push back from the broadcasting industry as they would have liked to use the 800 MHz for over the air HD broadcasts, but considering the EU has a goal to give everyone at least 30 Mbps broadband by 2030, and half of the EU 100 Mbps by the same date, technologies such as streaming internet television will likely supplant any need to build television antennas.

So what’s Europe going to look like on January 1, 2013? There’s the 900 and 1800 MHz bands for voice (2G), the 2100 MHz band for 3G, and now the 800 MHz band for high speed data, most likely using LTE technology. Several countries, such as Finland and France, are even allowing operators to use the 900 MHz band for additional 3G coverage. Japanese operator NTT DoCoMo said they’re going to turn off their 2G network in a few years. Europe, and especially the US, have a long ways to go until that happens.

The Wall Street Journal is reporting that the FTC will continue to carefully scrutinize Apple's actions despite its loosened policy...