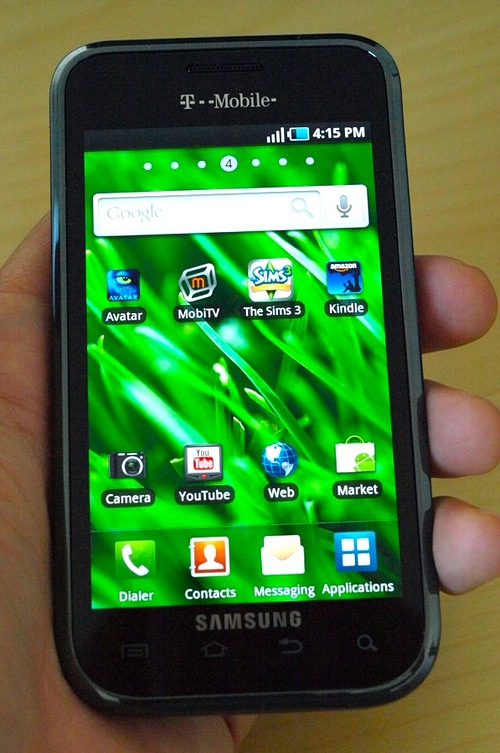 Samsung already said it has sold more than 1 million Galaxy S Android handsets but the company just said that it will hit the two million mark by the end of next week. That’s pretty darn impressive.

The company was able to achieve this because it took a blanket approach – it eschewed the exclusivity approach that Apple took with the iPhone and instead released six Galaxy S Android phones for the top six U.S. carriers. AT&T and T-Mobile were the first ones to get a Galaxy S Android device with the AT&T Captivate and the T-Mobile Vibrant.

The Epic 4G was next for Sprint and this added some nice features like a full QWERTY keyboard, faster mobile data speeds and a flash for the camera. The Verizon Fascinate was the last major one out of the blocks, while a more standard version of the phone has or will hit U.S. Cellular and Cellular South.

One of the major advantages Samsung has is that beautiful Super AMOLED screen which can be found on all the Galaxy S Android phones. These things are vibrant, crisp, clear and are exclusive to Samsung for right now. I have no doubts that it will begin manufacturing these screens for other device makers by next year but this is quite a nice advantage in the short term.

The competition will be fierce though, as the established players like Nokia, Apple, RIM and HTC aren’t eager to cede ground. We’ll also see some heavy-hitting newcomers like Dell and HP. Both of those companies technically had smartphone products but we’re expecting them to really go at the market over the next few years.

Verizon Droid Eris not getting Android 2.2

In some crappy but not completely unexpected news, the Verizon Droid Eris will not be getting the Android 2.2 (Froyo)...