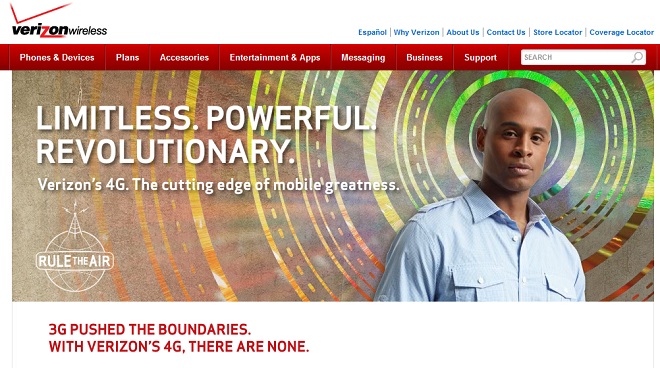 Verizon Wireless has just thrown up a teaser site about its upcoming 4G network based on Long-Term Evolution and we’re not too far away from some blazing fast mobile data speeds, folks.

The teaser site doesn’t say much about Verizon’s LTE 4G network launch plans but we already know a lot about this. It’s safe to say that the days of unlimited mobile data plans may be drawing to an end, as Verizon has said it will use tiered pricing for its LTE 4G networks.

This means you’ll get “buckets” of data to use with multiple devices. Depending on where you fall, this could be a good thing or bad thing. I love having unlimited data for my smartphone but that’s still tied to a single device. The company’s LTE 4G plans may enable you to distribute that data among multiple gadgets on the fly, as long as the devices are compatible and certified.

Early tests indicate the Verizon LTE 4G network will deliver between 6-12 Mbps of data on the go. That’s nothing to sneeze at. The argument against tiered pricing, though, is that these data limits could hinder innovation and usage. Think about how much better the Internet became when you didn’t have to worry about how many minutes you were online.

As for launch plans, the company said the next generation mobile data network will launch in 30 NFL citites by the end of the year. Don’t expect handsets out of the gate, as it will take time for the network to be large enough where smartphones make sense. We do expect Verizon 4G smartphones to pop up by March of next year.

As for the competition, Sprint already has its 4G WiMax network live in multiple markets and it has two smartphones which can take advantage of this. T-Mobile’s HSPA+ network now covers over 100 million people and the Android-powered G2 could boost adoption. We finally heard that AT&T will deploy LTE in the middle of next year but there’s no word on when handsets will show up.

The BlackBerry Curve 3G 9330 came out on Verizon yesterday, and like its GSM cousin, was announced with OS 6...